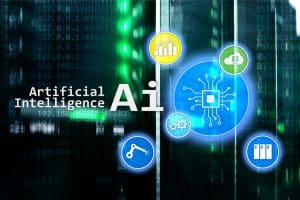 At VentureBeat’s Transform 2019 conference in San Francisco, a wide array of speakers explored progress in artificial intelligence, implementation difficulties and prospects for the future. Among the most useful insights:

Brian Bond, consumer vice president of CenturyLink, spoke on the challenges of scaling and managing a bot workforce. The telecom giant has purchased netAura, Level 3 Communications and SEAL Consulting in the past three years. The result: a myriad of different applications and solutions for similar processes. Instead of using humans to copy and paste data across platforms, CenturyLink used Robotic Process Automation (RPA) for quicker and cheaper turnaround.

See Also: With APIs, Dealing with Bad Bots is the Cost of Success

While it found the first few bot implementations easy, it started to run into problems as the workforce scaled. It implemented a stage-gate process, to better manage bot approval, creation and review. They also created an analysis system that logged how many times a bot had run per month and money saved, which allowed management to further review the bot’s success or failure.

Also learned along the way: keeping talent in-house and building proprietary applications when necessary to reduce long-term costs. PD Singh, head of AI at UiPath, said process analytics capabilities are essential for companies to see how much each bot is costing them, and if it’s worth keeping the bot in operation.

The consensus, at least with social media, is customization is the best way to improve user retention and engagement. Facebook, through its own News Feed and Instagram, employs an algorithm that shows the most important things first, tailored to the user’s preferences. Google and Amazon also use forms of personalization for searching, browsing, and shopping.

While these tools have seen the company’s improve engagement in the past, Chris Williams, chief product officer at iHeartMedia, said the focus needs to be on transparency and customer satisfaction. TGI Fridays senior director for digital, Chris Hansen, said personalization needs to not come off as “creepy” to be successful.

Facebook was notorious for its “surprise’ updates”, which would change how the News Feed worked for users and advertisers. It has said in the future it will work more closely with advertisers and brands on the future of the social algorithm, to ensure nobody is surprised by future updates.

Landing.ai is at the forefront of AI development, headed by Google Brain founder and ex-Baidu exec Andrew Ng, but believes companies need to start small. VP of transformation, Dongyan Wang, explained that most newbies to AI want to automate entire systems, such as a farming corporation in China asking for a self-driving system for tractors, instead of investing time in smaller projects to begin.

This overzealous attitude, among other personnel issues, has led to one-in-four AI projects ending in failure. Instead of building the self-driving system, Landing.ai built an AI system that was able to provide detailed info on the crops, which helped farmers make informed decisions. The application was developed in less than a year and is instantly deployable.

“We need to make it about results and outcomes and about using the simple-as-possible approach that will suffice to get you those results and outcomes. If it happens to be mathematically cool, boy, will I be happy, but that’s really not the point,” she said.

Mason, who also founded Fast Forward Labs, said there are too many managers of machine learning programs that misidentify solutions AI provides, to the detriment of their companies. She called on companies to start incorporating more parts of the business into AI development, including non-technical staff like product managers.

END_OF_DOCUMENT_TOKEN_TO_BE_REPLACED

One thought on “Insights from the Transform 2019 AI Conference”