Home / Cloud / What’s Up with Cloud-Connected Robots and the IoT? 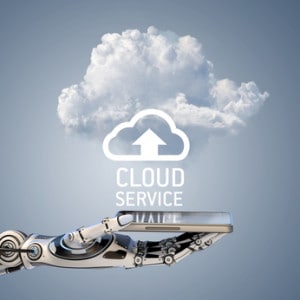 Cloud-connected robots will drive much of the growth of Internet of Things (IoT) technology over the next several years. Here, RTInsights blogger David Linthicum explains why.

Cloud robotics will lead to the development of smart robots that have higher computing efficiency and consume less power according to “Innovations in Cloud Robotics,” a report from analyst firm Frost & Sullivan. The value is that these features will drive down the cost of manufacturing as there is less hardware. Net results: Less cost and more energy efficiency.

Innovations in cloud-connected robotics have gained significant traction in recent years, driven by large companies such as Google and IBM. The need to develop robots that rank high on performance and accessibility has been the key focus in research activities. Much like Big Data and other IoT innovations, the cloud is becoming the engine that will drive the efficient use of robotic technology.

Robot manufacturers could host the clouds that support their robots instead of having computing engines for robots taking up data center space that require operational support. However, issues still remain such as connectivity and security. Robots are going to be a target for hackers and real damage could be done since they do physical things. Insert science fiction nightmare here.

The impact of the integration of cloud and robots could be far-reaching. Small manufacturers could find that robots driven by cloud are finally affordable. For vendors, robot-on-cloud work attracts rental programs for more commodity industrial robots.

The sky is the limit. As robots get access to scalable computing power, they can perform more sophisticated functions such as recognizing shapes and automatically correcting errors. Linking Big Data systems to robotics means that robots will be capable of tasks such as predictive analytics—perhaps even determining when components of the robot are likely to fail.

Cloud-connected robots will drive much of the growth of IoT technology over the next several years. Even robots used in homes will find a much larger market as prices drop and retail consumers look to move beyond their Roombas. In the next several years, personal use robots will be more novelty than need but, soon, you could have your dishes washed by a cloud-connected robot.

So, much like the dependence of the mobile market on the cloud, robots will depend on clouds as well. Mass adoption means other aspects of the emerging IoT, Big Data and cloud-enabled device spaces will become smarter and cheaper.