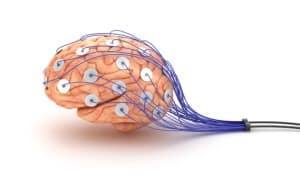 The internet of things has always been about getting the nodes of data closer to the “edge” – meaning you and me. Is implantable tech the next step?

We’re reaching the point in which our bodies are becoming the “things” within the Internet of Things. A couple of recent developments point to the emergence of the human IoT.

For example, one forward-looking company now has a workforce of at least 80 employees with implanted RFID chips in their hands to help them go about their work routines more efficiently. Rachel Metz at MIT reports the company, Three Square Markets, has facilitated the implantation of sensors about the size of a very large grain of rice within employees on a voluntary basis. “They’re intended to make it a little easier to do things like get into the office, log on to computers, and buy food and drinks in the company cafeteria,” Metz states. Essentially, participating employees can access systems and buy food in the cafeteria simply by waving their hands.

Implanted sensors go further than simple convenience — they are assisting with medical treatments as well. Just recently, Senseonics Holdings announced that it has begun shipping a system to clinics that supports sensor placements within patients with diabetes. This long-term glucose level monitoring system includes a highly accurate implantable sensor that lasts up to three months, the company states. The system “also features a smart transmitter that is the first that can be removed and re-adhered without discarding the sensor and the first to provide discreet on-body vibratory alerts signaling high and low glucose levels.”

At Three Square Markets, one software engineer reportedly uses his chip 10 to 15 times a day. It has become such a part of his routine that swiping his hand over an RFID reader plugged into his computer is no different from typing in his password on a keyboard, the MIT report relates. Other employees also report becoming accustomed to simply waving their hands to gain access to services throughout their workdays.

Whatever the ultimate goal, it may take time to build acceptance of implanted sensors for a variety of reasons, relates Rosalyn Berne, an associate professor of science, technology, and society at the University of Virginia. “With novelty to the body, there comes ambiguity, fear, excitement,” she states. The fears will be both medical — having a foreign object implanted in one’s body — as well as related to privacy concerns. “A knee replacement, for example, is one thing; it replaces a human body part that was already there at birth.

But an NFC device is another – embedding as an augmentation, in order to establish communication between the body (now acting as an electronic device) and another electronic device external to that body. This is not a replacement, but an enhancement, bringing novel capacities to the individual. It is thrilling, exciting for many, but horrifying for others.”

Berne predicts that eventually “some kind of tracking, such as GPS, will be added to the capacity of these particular devices. But short of that, and trusting the assurances currently being made by the companies, many people may be concerned about any possible short- or long-term health risks from wearing such devices under the skin, for those who embed them and also for those who do not, but are in close proximity to those who do.

How easily can they be removed, and must one report removal to an authority? What are the financial obligations now and into the future of wearing such a device?” Ultimately, the question of privacy also looms large, she adds. “What rights one will have to maintain privacy in terms of purchases made, doors opened and closed, personal location and movement, who one spends their time with, how one uses their time?”

There are great convenient, life-enhancing, and life-saving aspects with the rise of implantable sensors. However. companies and medical professionals may have to first work past the resistance that may come with this new way of computing.