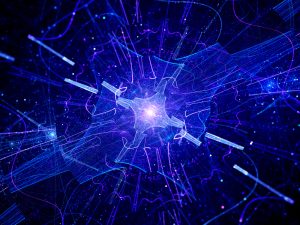 President Biden signed a memo that aims to maintain the U.S. lead in the quantum computing race and shore up U.S. agencies from quantum attacks.

President Joe Biden signed a National Security Memorandum aimed at maintaining the lead the United States has in the field of quantum computing.

The memo also directs U.S. government agencies to mitigate risks to vulnerable cryptographic systems, which may be susceptible to a quantum computing attack.

“A cryptanalytically relevant quantum computer could jeopardize civilian and military communications as well as undermine supervisory and control systems for critical infrastructure,” said General Paul M. Nakasone, director of the NSA and chief of the CSS. “The No. 1 defense against this quantum computing threat is to implement quantum-resistant cryptography on our most important systems.”

There are worries that when a quantum computer reaches sufficient size and sophistication, it will render most of the public-key cryptography systems currently used by U.S. government agencies useless.

“Implementing approved quantum-resistant cryptographic solutions across all of our systems will not happen overnight, but it’s critical that we chart a path to get there considering the potential threat of quantum computing,” said Rob Joyce, NSA Cybersecurity Director and Deputy National Manager for National Security Systems.

A race to reach quantum supremacy is currently taking place between U.S. government, with backing from major U.S. tech firms like Google, IBM, and Intel, and China and its tech giants. Quantum supremacy is the phrase assigned for when a quantum computer performs a calculation, of any type, that would be practically impossible for another machine.

The ramifications for whoever wins this race are apparently very large, even though the term quantum supremacy and the conditions to reach it are up for debate. To that end, in 2019 Google claimed quantum supremacy, but the success of this test has been hotly debated by rivals and academia.

Some experts see quantum supremacy as more of a PR stunt, Jian-Wei Pan, a researcher at the University of Science and Technology of China, said: “To put quantum computing into practical use faces much bigger challenge than quantum supremacy.”

Even if quantum computing that can threaten national security is still quite a while off, the U.S. government is not standing back. Like a lot of tech industries with ties to national defense, the government has shown a willingness to provide support to maintain an edge over China.