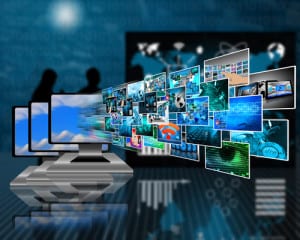 Data integration technology needs to adapt to the IoT, often processing data “in flight” as it moves from place to place.

As reported by the Economic Times, “In the coming years, enormous volumes of machine-generated data from the Internet of Things (IoT) will emerge. If exploited properly, this data — often dubbed machine or sensor data, and often seen as the next evolution in Big Data — can fuel a wide range of data-driven business process improvements across numerous industries.”

a cover nearly every aspect of our lives. Just one example would be the ability to determine the likelihood of a jet engine’s failure, based upon the sensor data gathered, and how that data compared with existing known patterns of failure. Instead of getting an engine failure light on the flight deck, the pilots can see that the engine has a 20 percent likelihood of failure,and get the engine serviced before it fails completely.

Given the sheer numbers of these ‘Big Data’ examples, it’s logical to conclude that IoT is all about data. Devices do nothing but generate raw information, and the value exists in how the information is gathered and processed. If the data can’t get from the machine sensors to a persistent data store for analysis, then none of this has a chance of working. Thus arises the importance of data integration and IoT.

Those who are moving to IoT-based systems need to do two things. First, create a strategy to extract data from devices which could be anything from industrial robots to an Audi A8. Second, create a strategy to take all of this disparate data that’s firing out of devices at megabytes per second. Put it where it needs to go, in the right native structure (or in an unstructured data lake), so that data can be leveraged in useful ways, and in real time.

The challenge is that machines and devices are not traditional IT systems. I’ve built connectors for industrial applications in my career. The fact is, you need to adapt to the way that the machines and devices produce data, and not the other way around. Data integration technology needs to adapt as well, making sure that it can deal with streaming and unstructured data, including many instances where the data needs to be processed in flight as it moves from the device to the database.

This becomes a huge opportunity for data integration providers who understand the special needs of IoT, as well as the technology that those who build IoT-based systems can leverage. However, the larger value is for businesses that learn how to leverage IoT to provide better services to their customers by offering insights that were previously thought impossible. Be it jet engine reliability, the fuel efficiency of my car, or feedback to my physician from sensors on my body, this is game-changing stuff. At the heart of the ability to succeed with the IoT and Big Data is the ability to effectively and efficiently move data from place-to-place.

Putting IoT Safety First
Mining for Gold from Real-Time Traffic Control
Frontiers in Artificial Intelligence for the IoT: White Paper
Research from Gartner: Real-Time Analytics with the Internet of Things