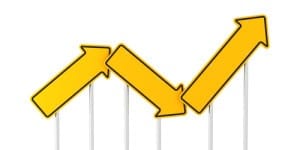 It could be a year of dramatic growth in the Internet of Things, but the data protection challenge is still no easy task.

Without a doubt, Internet of Things devices have already seeped into the day-to-day life of the average individual.

Down to the consumer market, Amazon sold over 10 million of its Echo devices over the holidays, and Google Home is thought to be even more popular.

These just scratch the tip of the iceberg, of course. Home automation has seen an explosion in popularity, with a number of brands delivering intuitive products for cooking, cleaning, security, and lighting (to name a few). A hobby once reserved for the tech-savvy tinkerer, it’s becoming increasingly rare to find a consumer that doesn’t seek to improve their quality of life with the myriad of solutions on the market.

So fast-paced are the advances in this sector that they harken back to a retro-futuristic vision of not only an interconnected home, but interconnected industrial processes that pipe data from a range of sensors to various machines that can deliver insights to businesses, so as to turbocharge their operations.

If there’s one takeaway we can enter 2019 with, however, it’s that data protection is no easy task. Over the past year, we’ve witnessed a string of data breaches targeting the sensitive information of companies’ customers, which is then used for the purposes of identity theft or fraud.

If the breach of a Facebook account that you only used sporadically alarmed you, the damage that can be done from a malicious actor accessing cameras or microphones in your home bears not thinking about. It’s therefore critical, as these data-rich devices continue to proliferate, that their security is hardened so that the risk of data breaches is minimized.

It should raise some red flags that the majority of these devices relay the data collected to the cloud. After all, the consumer is not the owner of these distant databases that process requests. Gone is any assumption of privacy, as recordings and logs are sent off to a centralized database (an easy and lucrative target for a hacker).

Decentralization is often proposed as a solution, and in this day and age, it makes a lot of sense. Key to ensuring that data is kept firmly in the hands of those to whom it belongs is leveraging technologies like blockchain and the ‘self-sovereign identity’ to tether personal data to a given individual. Instead of being held by a company or other custodian, it would instead be encrypted and secured by a decentralized network, with only the individual in question possessing the keys to unlock it.

One might see how this could be applied in a real-world use case: payments and identity. Blockchain-based platforms that leverage biometric scans and zero-knowledge technology would allow users to interact with businesses, without giving their information away. People would be able to hire cars they find on the street, without being a member of any car club or ride-sharing organization. Simply holding a mobile phone against the vehicle could open it. The hire firm – or an individual hiring out a car – wouldn’t have to know who a user is. But its systems would know that person can be trusted to look after the car and pay for it, so the door would open and the engine would turn on.

Done right, IoT could become the quintessential layer that ties a security-driven data ecosystem to physical devices. Smartphones have slowly become a sort of digital Swiss Army knife, a control panel for individuals to execute a number of actions in cyberspace. Making them a portal to a self-sovereign digital identity is the logical progression, particularly as merchants and service providers continue to integrate technologies like QR scanners and NFC readers into their POS systems.

From the business side of things, the alleviation of a duty to store and protect sensitive customer information enables them to enjoy clearer runways to launch frictionless, omnichannel strategies that connect the dots between digital and physical experiences. From the consumer point of view, an online, secure and anonymized identity on the blockchain will make it easier to move between physical and digital experiences safely.

Internet of Things Priorities in 2019

We have the hardware, and we have the software. The industry-wide focus in IoT should absolutely be in protecting data, particularly as the deluge of new products continues to increase the amount in circulation. For the Internet of Things to be a true technological revolution, it needs to resolve some of the long-standing systemic issues with data security.

At the heart of this lies robust cryptography and distributed topologies, both of which are encompassed by blockchain technology. It’s time to rethink the flow of information and to leverage digital identities to delineate clear ownership and redefine privacy and security in the digital age.

Alastair, a design-led entrepreneur and innovator, believes the blockchain is about to transform relationships between individuals and institutions they interact with. He envisions a world in which individuals regain absolute power over their own data and profit from its value every day — both financially and through day-to-day conveniences. Alastair has led global integrated product development and product marketing for brands like Microsoft, Skype, Office, Xbox, Hololens, Disney, TED and the BBC. His focus over the past three years has solely been on using blockchain technology to help consumers take back control of their data.