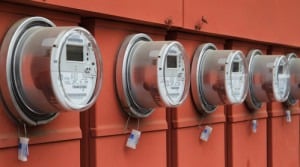 IoT has been projected to rework many of the most mature business models like utilities, many of which haven’t changed in 50 years.

The Internet of Things (IoT) has been projected to rework many of the mature businesses, which have not made many changes in the past fifty years to their operation or business model.

Utilities that provide gas, water, and electricity into the home are on the cusp of a major overhaul, according to Sierra Wireless, and the companies that take advantage of IoT will be the winners.

See also: Beyond Devices: The Second Wave of IoT Emerges

IoT lowers the cost of experimentation, provides utilities with new ways to analyze their networks and allows them to adapt a model to fit specific customer needs.

Consumer attitudes toward energy production have been changing over the past 10 years. Energy conscious customers are adding solar panels to their house to reduce energy costs and consumption while lobbying their energy company to go renewable as well.

Analytics that weren’t available on a “one-fit-all” package is becoming available to customers that ask for smart meters installed, which can provide real-time data on energy consumption.

Alongside changes to consumer interests, governments and municipalities around the world are being challenged to find ways to reduce energy consumption and move to renewable. Utilities have long used arcane, proprietary technologies for these large-scale industrial operations, and are now being told they need to move to delivery models or exit the business.

The introduction of LTE-M into the mix provides utilities with a way to connect their network cellularly without the power consumption and price cost usually associated with LTE. Moving from proprietary technology to open-source also reducing the costs of moving to new systems, alongside making the energy network adaptable to third-party units.