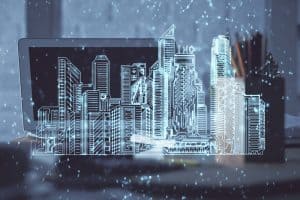 The Woven City can be more than a crucible for change. It can lead to the creation of smart and flexible cities that that can be modified when needed.

In 2021, Toyota will replace its abandoned factory in Shizuoka Prefecture with a 175-acre “Woven City” as a “prototype city of the future.” While many will focus on the technologies being introduced, the city can provide its citizens with the unique opportunity to contribute to the city’s future. The citizens will not just be Toyota’s lab rats: they will get the chance to influence technology.

The Woven City’s initial design is exciting. Toyota and its partners will use the Woven City to showcase and test new technologies such as smart home sensors, autonomous vehicles (AV), and new devices for the home. Toyota will facilitate AV testing by developing interweaving roads for fast-paced vehicles with mixed-mobility paths and “park-like promenade[s].” Its modular square will adapt to the needs of the city and its citizens as Toyota’s E-Palettes, AVs, will act as both shuttles and mobile stores depending on the needs of the day. Underground robots will handle deliveries and services and thus reserving a park-like experience on the ground level.

These plans may sound familiar to fans of Disney. Walt Disney wanted his legacy to be the Experimental Prototype City of Tomorrow, or EPCOT, from which the theme park gets its name. New technologies were to be tested to inspire other cities to adopt new urban designs. Walt Disney was passionate about urban innovation, yet he is still best known for Mickey and Donald. Similarly, Toyota is famous for its cars, yet it began as a weaving loom company. Toyota is joining an illustrious line of companies that have sought to improve the world with their showcase cities.

The goal of many showcase cities was to improve workers’ living conditions to improve their productivity. For example, Milton Hershey, like Toyota, created Hershey, PA, in 1903 with strong infrastructure and numerous amenities to improve the lives of his workers. What was unusual for a company town was that he gave workers a chance to invest by encouraging them to buy and build property. To ensure the town’s success, he created independent revenue sources such as Hersheypark, which is still favorably compared to Disney World.

Henry Ford built Fordlândia in Brazil to try to replicate a Midwest American town in the Brazilian Amazon. The city did not succeed because Brazilians did not buy into the lifestyle of white picket fences without alcohol and soccer. The town ultimately failed when synthetic rubber was invented, destroying the town’s raison d’être. Fordlândia failed because it lacked local buy-in and lost its economic engine.

Like the Woven City, Walt’s EPCOT was designed to be a testing ground for the Walt Disney Company’s (WDC) and partnered companies’ new technologies and urban plans. To ensure the city would match the scope of his ambition, he bought up swampland twice the size of Manhattan. Walt’s proposed transportation solutions share similarities with the Woven City. He also proposed services such as waste disposal be kept underground. Walt planned to experiment with transportation infrastructure and PeopleMovers and residential areas without roads.

Unlike Hershey, Walt wanted to limit residency to nine-month stints to ensure he would retain the ability to expedite technology updates in residencies. The residents of Walt’s EPCOT would have been the employees of WDC and its partners and would have little say in which technologies would be tested. Toyota’s Woven City will be a digital city that uses sensor data to inform Toyota about how citizens use the technologies it provides, and we assume the citizens will be able to influence which technologies are in use. The Woven City is not being run by a single paternal idealist like Henry Ford or Walt Disney but as an economic and technological experiment run by Toyota and its partners.

The Woven City can be more than a crucible for change. It can lead to the creation of cities that are built to be smart and flexible so they can be modified when needed. “Smart cities” often refers to making smart city applications and changing infrastructure to make existing cities “smarter.” Retrofitting can be difficult and painful, as Chicago discovered when it installed its first sewer and stormwater system in the 1850s and 1860s when it had to lift its buildings- and innovated how to lift an entire block over four days. Installing smart city equipment into places such as Rome and Buenos Aires may not always require literally lifting buildings, but it may not be trivial either.

I am personally excited about the Woven City because the use of technology can help us understand better the healthcare supply chain through a city-wide digital twin, how autonomous vehicles can play more roles than just transportation, and we may discover how innovation can be driven by the citizens themselves.

The Woven City and cities like it could test how a city’s cloud may serve the city itself as well as individual citizens. I understand Toyota and its partners are still designing the city, and I wonder how they will answer some of these questions. Will the residents own their homes, as well as their homes’ digital twins? Will citizens have a choice on how often their homes’ technology will be updated, and will the updates be mandatory? The Woven City, like the EPCOT project, is being built in land considered less than optimal for residents. The factory was built there specifically because it was unsuited for farming.

Will the excitement of innovation be enough to draw new residents in the same way the swampland of Washington, D.C., drew people with government jobs and burgeoned the city’s suburbs? The first citizens in the Woven City will most likely be those interested in innovation, and I wonder whether the technology and urban innovations will be enough to draw those less interested in change once the novelty wears off. Fordlândia also teaches us that sometimes it is difficult to transfer values. Technology is at an exciting inflection point, and it will be fascinating to see how smart cities will enhance our quality of life.