Home / From Our Experts / 3 Habits of Successful IoT Companies, Revealed 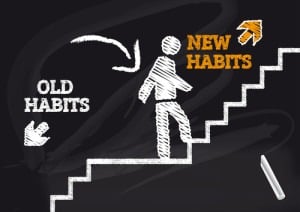 A new survey of IoT executives may show the path to connected success.

Leveraging the Internet of Things (IoT) can be complex, and while this emerging environment opens up doors to new business opportunities, it’s likely best to stick with what you’re most familiar. One of the takeaways from a recent survey by McKinsey finds those companies achieving scale in IoT often did so not by entering unfamiliar territory — such as a manufacturer becoming a software company, but by playing to their strengths.

McKinsey researchers surveyed 300 IoT executives to understand the common denominators of IoT success, and identified the best practices that the more successful ventures have adopted. There are “substantial differences in how well companies apply IoT in their businesses,” state Michael Chui, Brett May and Subu Narayanan, the study;’s authors. “Targeting IoT applications correctly and managing them effectively is far from easy, leaving many companies stuck and unable to move beyond pilots.”

The McKinsey team found that while a number of IoT best practices play a role in successes, three are particularly relevant for enterprises looking to see greater value for their efforts:

Business leadership and collaboration are vital to IoT efforts. “If the CEO and top team aren’t focused on potential IoT gains, providing visible encouragement and adequate resources for the efforts, they are likely to stall,” Chui and his co-authors emphasize. In addition, even seemingly successful IoT companies “shouldn’t think they can go it alone,” they add. “Technical IoT ecosystems are growing — and improving — by the day. Collaboration, often with smaller players that have high levels of expertise in areas such as software development, will provide a solid source of competitive advantage. That will help companies accelerate their programs and better position themselves to become IoT leaders.”