Home / 6Q4 Interviews / 6Q4: Toga Networks’ Meital Bar-Kana, on the Advantages of Python
RTInsights is a media partner of the Women on Stage Conference taking place February 10-11 online. In this article, we interview Toga Networks' Meital Bar-Kana who is one of the conference speakers. 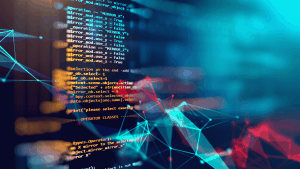 Our “6Q4” series features six questions for the leaders, innovators, and operators in the real-time analytics arena who are leveraging big data to transform business as we know it.

RTInsights recently asked Meital Bar-Kana of Toga of Huawei-owned Toga Networks about Python, women in tech, and her upcoming talk at the Women on Stage Conference on February 10-11.

Q1: When did you become interested in tech and what is your technical background?

In high-school, one of my majors was Computer Science. That was my first programming experience. I did play a bit with Logo (the educational “turtle” programming language) at elementary school.

In University I actually started as a major in Chemistry, but during the first year I realized that I really liked all the mathematical parts and lessons, and I was lucky enough to take a Python course both of which made me rethink my decision and change majors to CS.

Q2: What is your current position and how did you get there?

This is my second position in the field; Soon after graduating my B.Sc. from Tel-Aviv University, I landed a role as a software developer in a start-up company that produces smart BLE water meters.

Q3: What languages do you work with and where does Python fit in the mix?

I mostly write code in Python and C++.

I use Python for nearly everything: writing microservices, testing, PoC-ing, etc.

It is a great tool, a language which feels intuitive, meaning it is written quite close to the way we talk and think.

Q4: What are your most frequently used Python libraries and why? What is a lesser-known Python library or tool that you use and recommend?

Recently two of the most frequent libraries I use are Requests and pytest: The first is for handling HTTP requests. It is super easy to use and very straightforward. And the second is a friendly library for writing unit tests and is really recommended if you’re aspiring to make your development process Test-Driven.

A lesser-known framework I use, but which is getting more and more popular, is FastAPI: a web framework for building APIs with Python. Besides being very intuitive and fun, it has excellent documentation, which is very important to get you right into coding as fast as possible.

Q5: Your talk is titled “Why I Stopped Hating Python.” You added a footnote that you really never hated it. Why do people dislike Python? And what are some of the reasons software engineers should consider Python?

I think that people dislike Python because they might see it as less professional. Since Python was written to be as readable as it gets, it is simple and less complicated to start coding and using it, and being so might make Python be considered as suitable only for beginners.

It’s probably missing the “glory” of writing from scratch, or handling issues that are fundamental in other languages, such as C / C++, for example, for handling memory allocation on your own.

I might have also been afraid to come off as an amateur if I’d like Python, but actually encountering it while studying Chemistry sparked a thought about changing my career, which is something I’m really happy about.

Some of the reasons, which I’ll elaborate more on in my talk, that I think a software engineer should know Python are its readability, flexibility, and conciseness – that help you stay focused when coding, and also its quick learning curve and simply it being fun to use.

Q6: What advice, comments, or tips do you have for other women in tech?

Find a community that you can relate to. I learned a lot from joining [local communities] “Baot” and “She Codes.”

I don’t think I would have found the courage to enroll in the Women on Stage Technical Speakers Academy if I wasn’t exposed to the magnificent content that professional women publish in both communities.

Knowing that you’re not the only one who sometimes struggles with insecurities helps you deal with them.

Also, a great tip I learned from a talk of the inspiring, multi-talented Miri Rodriguez is to get advice and ask people who want you to win; find your pack, that will truly support you and help you be the best you can be.