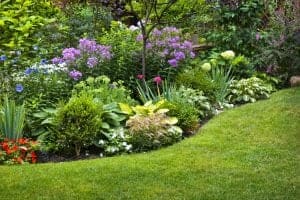 The research into data-driven gardening expertly demonstrated that you don’t have to be a data scientist to engage with data in a meaningful way.

Data has the potential to solve some of our most challenging problems – food security, poverty, disaster prevention, and with a recent citizen scientist project in Belgium, climate change. The University of Antwerp is exploring the effects of climate change on gardening with its project in data-driven gardening, but with a twist and a lesson that businesses should take to heart.

Data illuminates patterns that humans miss, but without human interaction, data can skew in unwanted ways. The university’s explorations combine the best of both worlds, human expertise and problem-solving, with data insights. The results have been fascinating.

Changes in climate have impacted gardening on a global scale. The future of food security and disaster response both depend on how humans adapt to food production with changes in weather events.

Researchers in the study argued that while we know for certain that climate change has affected gardening spaces, we don’t truly understand the details or extent of it. They hoped to change that by focusing on localized data from fine mazed networks, allowing researchers to study the extent of heatwaves and droughts beyond just the occurrence.

To study a larger swath of area, including those difficult to reach with technology and sensors. The data-driven gardening project will rely on the input of those working those lands and involved in their care. The involvement also allows researchers to examine more than just public lands open for exploration – private lands are also in the mix.

The project began in April 2021, and researchers worked with more than 5000 citizen scientists. These citizens in the city of Flanders logged data, analyzed insights, and sought to understand the effect of climate change on their own gardens.

The result is a tapestry of how shifts in climate can affect both the micro-climates of small gardens and the fate of gardening stretched across private borders. It became the largest citizen scientist project to date.

In return, the project deployed thousands of IoT sensors designed to capture soil temperature, humidity, surface and air temperatures, and a number of other environmental metrics. The project chose to use sensors based on another highly regarded sensor within the microclimate research community, the TMS-4 sensor from TOMST. These adjusted sensors forgo cable connection for the Orange Narrowband 4G IoT network.

The network is robust and provides the capability to handle input from massive sensor deployment. Researchers could look at how large-scale weather events affected the area as a whole as well as the individual gardens located within the study range.

One of the biggest draws of this experiment is that data is immediately available to those involved in the project. Where previous sensors needed hand-reading with a slower cable connection, this effort put data right into the hands of scientists with no delay. The choice for a smart infrastructure wasn’t accidental.

Orange Data leveraged its new network for an energy-efficient system that stripped away heavy processing loads and left a sleek, data-friendly infrastructure. This meant scientists had unprecedented access to new data, fresh data ready for analysis after collection so that what’s happening with climate change could unfold right in front of their eyes.

Cumul.io’s dashboard gave participants in the study access to the study to interact and uncover insights on their own. It created dynamic visualizations of sensor data, and participants not only shared this data with researchers who designed the study but could see for themselves what was happening right in their own gardens.

In addition, a social media component opened up sharing between participants. Gardeners were able to see how their immediate neighbor’s results compared to their own as well as those far away. The interconnected effects of climate change on gardens provided both researchers and those directly connected to the area with clear insights.

This is important for two reasons. First, if digital transformation is the goal of global affairs, removing the barriers between research and those directly affected by that research is key to adopting a truly data-driven culture everywhere. Second, researchers could look at the data and also gain perspectives from those with expertise and experience in the research area. Data can only take us so far. The rest relies on human problem-solving.

One of the most surprising takeaways is the urban garden. Researchers initially hypothesized that climate change would be harder on an urban garden due to pockets of warming made worse by urban conditions. Instead, the data showed that urban gardens resist some warming conditions because of their small size and shaded features.

Another implicit takeaway of the study is that people love interacting with data. Participants can share and create engagement for future projects involving large-scale data collection that address global challenges when given the right tools.

The research demonstrates fascinating and sometimes shocking conclusions about climate change’s continued influence on green spaces. Still, the research also expertly demonstrated that you don’t have to be a data scientist to engage with data in a meaningful way. The data was understandable and actionable, allowing those most affected to react and respond as well as confirm any conclusions they may have suspected thus far.

The University of Antwerp and its researchers hope to repeat the experiment, given the positive engagement it received, but in other areas and regions. Projects like this will give us the chance to put our money where our mouth is by tackling our most pressing global and local issues using a strong combination of data insight and human ingenuity.