Home / Analytics / A Shock to the System: ShockNet Predicts How Economic Shocks Could Affect the World Economy 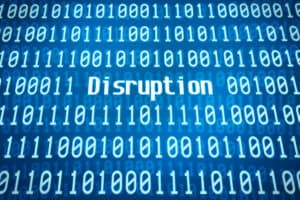 ShockNet analyzes global data to help users home in on what they can control — and to hopefully protect the health, jobs, and well-being of their citizens.

The COVID-19 pandemic demonstrates how globally connected we are. During the last two years, nearly 567 million people have been infected by a virus that has circled the globe numerous times. Just as a virus can spread from person-to-person, economic diseases can transfer from country to country.

We saw this firsthand during the pandemic with semiconductors — demand dropped, orders were canceled, and factories in Asia slowed production or closed during shutdowns. The resulting semiconductor shortage stalled worldwide auto production. And who can forget the 2008 Great Recession? A meltdown in U.S. financial markets “transferred” to other countries via financial and trade channels.

There is no doubt that the “interconnectedness” of international trade and financial flows produces positive results. But there’s a flip side to this connection in the form of economic shocks. An economic shock is an unexpected, unpredictable event that affects an economy — and this shock usually comes from outside the economy. Think virus, weather, or war. This shock can, in turn, cause unanticipated changes (and crises) to the economies of multiple countries.

How can one country’s economic crisis affect another? What if there was a way to predict the transfer of shocks throughout the larger world economy? Could we then prevent economic crises? I built ShockNet to explore these questions. Users can adjust assumptions, investigate the predicted chains of shocks, and then identify ways to avoid an economic crisis. To build this economic “what-if” engine, I turned to graph technology.

A modern graph database can load massive amounts of data and analyze complex chains of relationships — all in real time. Graph analytics can model relationships, connections, and dependencies, delivering a digital representation of a specific system. For example, a team can run models to predict changes in consumer behavior based on connected, complicated, and dynamic data.

ShockNet uses data from the Global Trade Analysis Project GTAP database to distill economic cross-linkages across the globe, including links between and among different industries. The GTAP data encompassed 54 sectors and 134 countries. The interconnectedness of this data is a natural fit for a model based on a graph database, giving us the power to explore which countries will be affected by shocks originating from other countries. ShockNet allows policymakers to visualize and adjust the model to better understand how to avoid a future crisis or cushion the blow from a current one. They can then work to minimize the effects of another country’s crisis on their own citizens.

A ShockNet user can investigate how shocks spread by setting the assumptions on whether a specific cross-linkage will transfer a shock or not, and whether an affected industry is likely to be of concern to a policymaker. If the financial services industry in Nicaragua uses a small percentage of imported oil (only 0.5%), then we can assume financial services in Nicaragua will not experience a shock if imported oil experiences a shock.

This view of different shock chain dependencies allows the policymaker to drill down and see which shocks are transferred locally to Guatemala. Armed with a graph view of various flows, shocks, and dependencies, the policymaker can work to protect jobs in Guatemala. They can see the value of each flow along with the potential impact of eliminating a specific flow. Would eliminating a flow prevent a future crisis? If the policymaker sees that the majority of shock chains that reach their apparel industry come via imports of textiles, perhaps they can invest in a local textiles manufacturing sector to reduce their exposure to the shock. This action can help Guatemala isolate itself from many potential future economic shocks and difficulties, saving jobs and protecting critical industries.

ShockNet attempts to answer questions that are meaningful to me— and I was pleased that ShockNet received the “Most Ambitious” first-place prize in TigerGraph’s Graph For All  Million Dollar Challenge. As it stands, ShockNet is mostly intended as a forward-looking what-if tool that can help identify how supply shocks are likely to spread through trade and manufacturing. However, as global conflict, materials shortages, and weather events continue to disrupt local and global economies, ShockNet could be applied to additional scenarios.

For example, what if war spreads to a country near Ukraine, meaning that the neighboring country is unable to export its goods? Which international industries would be impacted? ShockNet identifies not only primary effects of an event but also secondary and tertiary effects (we need textiles, textiles need chemicals, chemicals require refined products, refined products need oil, and so on).

Currently, I am soliciting user feedback for ShockNet, including which metrics are the most useful to policymakers. Input from people who are interested in using the tool would help me develop it further and extract the maximum value from the data available via the graph model.

Ideally, ShockNet could be refined to serve as a valuable, easy-to-use predictive tool for policymakers, providing fast-but-approximate analysis.

We are all interconnected. One need look no further than inflation, food and energy markets, supply chains, financial systems, and even COVID transmission for evidence of that. And while we can’t control all the variables, there are variables we can control. ShockNet analyzes global data to help users home in on what they can control — and to hopefully protect the health, jobs, and well-being of their citizens.

Byron Thomas is a software engineer and IT security professional with a deep interest in economics and data science. He is always keen to apply himself to problems that call for innovative solutions, and likes working on the boundaries between disciplines. Byron won the “Most Ambitious” first place prize in TigerGraph’s Graph for All Million Dollar Challenge for creating ShockNet, a graph-powered economic “what-if” engine that predicts the transfer of shocks throughout the world’s economy.