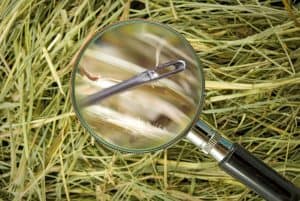 A systematic AI approach used against fraud, waste, and abuse not only uncovers specific instances, but often provides additional insights.

With fraud losses accounting for about 3% of the nation’s overall health care spending each year, pharmacy benefit management firms would be wise to seize the opportunity to battle endemic fraud, waste, and abuse (FWA). The upside can be significant, according to the National Health Care Anti-Fraud Association, which estimates annual losses at $68 billion nationally.

While the savings are potentially huge, identifying instances of FWA hiding in the massive data volumes generated by prescribing, dispensing, and covering medicines is no easy feat.

FWA can occur anywhere within the health care system, originating from prescribers, pharmacies or members engaged in myriad schemes like:

Certainly, among the reasons fraud and abuse are on the rise is the health care industry’s rapidly advancing technology. This embrace of all things digital creates new avenues for criminals’ illicit exploits and enables them to operate with relative ease and anonymity. The silver lining? The related data trail can likewise serve the scammers’ undoing.

Some pharmacy benefit managers (PBMs) have deployed anti-fraud analytics platforms to help their health plans wage battle with fraudsters. The most enterprising of these early adopters are wielding the power of AI.

Given the incredible decline in computing costs in recent years, AI has become a viable option for most companies. It can run on low-cost servers instead of supercomputers, as was required in years past.

AI, a subfield of advanced analytics, consists of software that continually learns from experiences, adjusts to new inputs, and accomplishes specific tasks without human intervention. In fraud detection, AI spotlights potential instances of fraud, saving investigators from much of the more tedious, time-consuming work and helping optimize their investigative resources.

For example, the most comprehensive fraud-fighting platforms include data visualization capabilities. When the system identifies anomalous data patterns indicating potential fraud, investigators can create network diagrams that show interconnections between plan members and prescribers or pharmacies. These visualizations help illustrate the links inherent in widespread fraud.

When a systematic AI approach is used against FWA, benefits managers not only uncover specific instances, but larger insights are often revealed. They can, for example, identify emerging fraud trends and institute process changes to stop those trends from spreading.

In the first year since the platform’s deployment, Prime saved the 23 Blue Cross plans it serves $279 million – $51 million in recovered payments, plus $228 million in cost avoidance, where Prime detected signs of FWA before claims were paid.

And the project’s value extends beyond dollars and cents. The platform also helps Prime combat the scourge of opioid abuse among members of its client insurance firms. The National Center for Health Statistics estimates there were 68,557 drug overdose deaths in 2018, most of them due to opioids.

Collectively, members looking to illegally obtain prescription opioids have created a national health crisis – but a single incident might involve just a few hundred dollars, an amount easily overlooked by an insurer or PBM.

Analytics changes the playing field. For example, Prime’s anti-fraud platform can red flag a prescriber who has written an inordinate number of opioid prescriptions, or a plan member who has seen ten doctors in two weeks and filed 20 opioid claims in that same period. Appropriately alerted, human investigators can dig deeper and instigate action.

In the first half of 2019 alone, Prime’s new analytics platform surfaced 721 cases for investigation. In one case, a member saw 53 prescribers in one year and visited various hospital emergency rooms 58 times seeking prescription opioids. Another case centered on a physician-owned pharmacy that only billed for eight different drugs – a data outlier that led to the unraveling of a $352,000 dispensing scheme.

The platform also turns up instances that are not intentional fraud but simply the result of unintentional error – a 30-day drug supply accidentally billed as 30 “units,” for example, and other simple data entry errors. Though benign in intent, the cumulative toll of such mistakes can be significant.

Whether due to deliberate fraud or unintended waste, financial losses drive insurance premiums and health care costs ever higher. Embracing data analytics, there is a better way forward.

Wherever health care organizations choose to focus their innovation, robust analytics, and AI can deliver insights that measurably increase the dollars available to the health ecosystem and help save lives.