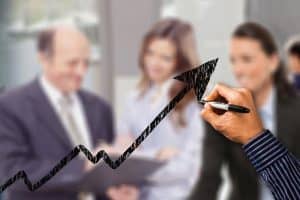 AI is increasingly freeing up time for managers allowing them to focus on the essence of their jobs.

Most stories on the loss of jobs due to AI tend to focus on factory and administrative workers, but managers may see their roles evolve or be abolished in the next few years.

According to a global study by Oracle and Future Workplace, which surveyed over 8,000 employees, managers and HR leaders, a majority of workers are optimistic about working with AI co-workers and managers.

South-East Asia had the highest percentage of workers who believed their manager would be replaced by a robot, with India (90 percent), China (88 percent) and Singapore (84 percent) far more certain than workers in European countries. The UK and France had the lowest proportion, at 52 and 55 percent respectively.

While this may be alarming news to managers, who may have seen their jobs as resilient to AI takeover, Future Workplace expects managerial duties to evolve. Instead of dealing with job performance, work schedules, and budgeting, managers will be able to focus primarily on “soft skills”, like emotional support, coaching, and providing a healthy work culture.

“AI is increasingly freeing up [managers] time and allowing them to focus on the essence of their job,” said Anthony Mavromatis, vice president of customer data science and platforms at American Express. “Going forward, what really matters is the very human skill of being able to be creative and innovate – something that AI isn’t good at yet.”

AI may be seen as a job killer to many that look at the very long term, but for the near future, the technology looks to be little more than a helpful sidekick that unshackles workers from tedious or data-heavy tasks.