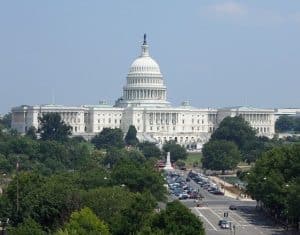 The Internet of Things Cybersecurity Training for Federal Employees Act directs the Office of Management and Budget to mandate cybersecurity training for federal employees. These employees would receive training on a range of IoT devices including cars, smartwatches, and smart home appliances.

The bill recognizes that many IoT devices lack strong security and are difficult to patch after the fact. The Congressional Research Service (CRS) recognizes that, “IoT objects are potentially vulnerable targets for hackers. Economic and other factors may reduce the degree to which such objects are designed with adequate cybersecurity capabilities built in. IoT devices are small, are often built to be disposable, and may have limited capacity for software updates to address vulnerabilities that come to light after deployment.”

“The [bill] will ensure that our federal workforce is aware of these vulnerabilities when using IoT devices at work and at home,” says Khanna. “This simple bill does its part in modernizing our government into the 21st century.”

Rep. Khanna has also sponsored legislation requiring the Bureau of Economic Analysis to study the effects of broadband adoption and deployment on the U.S. economy and legislation to advance the Department of Homeland Security’s (DHS) Continuous Diagnostics Mitigation (CDM) program. He’s also working on legislation to address election interference on social media platforms.