Home / Analytics / Is Your AI Model Still Accurate After the Coronavirus Pandemic? 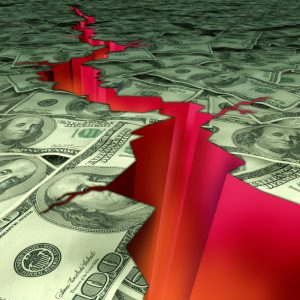 A way to prevent a disconnect between the model and the business is through explainable AI, which can address the reasoning behind why AI decisions are made.

The coronavirus pandemic has caused the largest economic collapse since the 2008 financial recession, with a 4.8 percent fall in U.S. GDP in the first quarter.

That critical shock to the system is a first for many AI models, which were created and trained after the financial crisis.

How well have they held up? Speaking to MIT Technology Review, Pactera Edge said “automation is in a tailspin”, and others confirmed they have manually corrected AI models to factor in the outbreak.

While developers routinely add risk and uncertainty to AI models, many still struggle to perform in edge cases. It is one of the key reasons self-driving cars are still a long way off being road-ready.

Another problem, for AI developers, is a lack of valid data to feed into the system. As Forrester Research principal analyst Mike Gualtieri said in a webinar, once a model derails it needs to be retrained using the original data pipeline and code. However, the pandemic shortens data validity, as one week may be completely different from the next, as we saw with the toilet paper panic.

For retailers, the double whammy of a seismic change in shopper habits, combined with having to close all physical locations, has been especially difficult. Models will need to be further adjusted once we transition into a sort-of back to a normal economy.

In a Gartner webinar, skills of staff and data quality were referenced as the two main challenges for AI deployment. That might mean once an AI model goes off the rails, some less tech-savvy businesses are unable to effectively retrain their models.

A way to prevent this disconnect between the model and the business is through explainable AI, which can address the reasoning behind why AI decisions are made. With this, there is more room to understand how to update or fix a model.

AI as an industry does not appear to be suffering heavily from the pandemic. Fortune Business Insights projected a 33 percent increase by 2026, with healthcare, manufacturing, and retail considered to be significant areas of value creation.

But others are worried that the economic retreat seen in the past few months will leave businesses less likely to invest in new technologies.