Home / Big Data / Are You Ready for the Dangers of “Cloud Sprawl?” 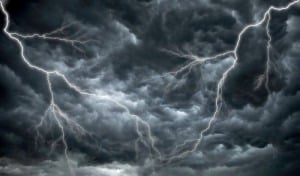 With the implementation of cloud computing capacity in many enterprise IT groups, how do you appropriately manage this managed service?

Many IT leaders, myself included, were cautious of cloud and software-as-a-service (SaaS) solutions at first, but have since converted to leaders of the ongoing cloud explosion. Gartner said in a recent report, “IT spending is steadily shifting from traditional IT offerings to cloud services (cloud shift).” In fact, according to their 2016 news release, the aggregate amount of cloud shift is estimated to increase from $111 billion to $216 billion in 2020. This tells me that, obviously, the buy-in some worried wouldn’t happen has occurred. But, as cloud adoption continues to surge, what do companies need to be on the lookout for?

Respondents of our annual cloud survey almost universally believe that cloud computing is the future model of IT for businesses, with nine out of 10 respondents (90.5%) in agreement. However, I can tell you that cloud computing is experiencing growing pains. “Cloud sprawl,” which takes place when multiple business users and/or departments deploy disparate hosted services, has firmly taken hold in many organizations. Many businesses are running four or more major cloud services, not including specific SaaS applications.

Additionally, 88% plan to move more services to the cloud in the next three years, including Microsoft applications, call centers, and phone systems. In short, as companies adopt more and more cloud services, they’re ignoring potential issues that come along with them.

Giving your IT team a break

When organizations fail to carefully manage cloud solutions, some may be deployed without IT assistance, then become forgotten and unnecessarily use company resources. I have found that cloud sprawl particularly impacts an organization’s team of IT administrators, who are tasked with gathering all loose cloud instances and sometimes become overwhelmed by multi-cloud environments.

SaaS solutions often have overlapping and duplicate functions, such as project management and team collaboration, which can further contribute to cloud sprawl. For example, different departments within the same organization may activate SaaS services with similar functions, but from different providers, in order to accomplish the same tasks. These instances of incongruent SaaS services can result in inconsistent data, which can lead to costly communication breakdown. I’ve seen it happen.

I’ve also often seen where an organization gets excited about the benefits of deploying a cloud service, but don’t have the right understanding of the cloud service technologies they are implementing, and end up losing money. They’re often contributing to cloud sprawl rather than addressing the problems they’re trying to alleviate. Besides the financial impact of inconsistent SaaS services, these instances also present security threats that can detrimentally affect the organization as a whole. And IT is left holding the bag, trying to solve a puzzle without all the pieces.

The organizational breakdown that facilitates cloud sprawl often begins, at least partially, within the C-suite. If not equipped with the resources needed to properly manage proliferating cloud services within their organizations, the IT team will lose control of the cloud services procurement and installation processes.

The existence of disparate cloud services in an organization can also be a result of so-called “shadow IT,” which happens when systems aren’t directly managed by the IT team. It’s becoming more commonplace for employees and other teams to autonomously make decisions without having to consult the CIO or IT team before they are implemented.

As a result, the organizational structure of decision-makers becomes disjointed. Because SaaS has enabled more business departments to make purchasing decisions, this runs the risk of causing chaos that a CTO like me will have to help stop, as there could be several systems running outside of my knowledge or even in competition with one another. As a result, someone like myself would be forced to take on a supply management role, and put in the unfortunate position of managing incongruent systems while maintaining organizational interoperability.

Make no mistake about it, though…cloud sprawl is not just a problem at the enterprise level. SMB IT teams are often underfunded and are more unlikely than their larger counterparts to have the bandwidth for proper comprehensive cloud services management, so businesses of every size need to prepare for the threat of cloud sprawl in order to protect their business.

So…what can I do? Good question. There are several ways for that my team has been working to implement to prepare for and avoid cloud sprawl:

Educate: Implement company-wide education, from the C-suite to junior staff, about the nuances of the cloud, so that there’s a greater sense of mutual understanding to prevent multi-cloud environments from getting out of hand
Integrate: As a CIO, I must work to provide clear direction regarding sharing data and integration. While, in some instances, individual departments may function effectively alone, they still need to involve IT teams in core processes and installations, as it is up to them to provide the mechanisms necessary to ensure compatibility on all fronts. If cloud sprawl is to be avoided, IT pros need to be involved in the process of cloud integration from the very beginning.

Unite: The average employee uses nine passwords at work…nine. This is a direct consequence of cloud sprawl. So, instead, implement a single, secure authentication policy across all cloud applications. This single-sign-on (SSO) approach enables a unified sign-on for all services, provides enhanced security and adds, in essence, an “Easy” button for business users. According to Gartner, more than 80 percent of organizations will use access management software or services by 2019, and ID-as-a-Service (IDaaS) is expected to make up the majority of the delivery model by 2021. Between 10-30 percent of helpdesk calls are related to password resets, and an SSO strategy drastically improves IT efficiency by reducing support calls for username and password resets.

Cloud sprawl is completely avoidable if the right precautions are taken and the right measures are implemented. The cloud is a wonderful thing that can add to the bottom line. Don’t let it take away from it instead.