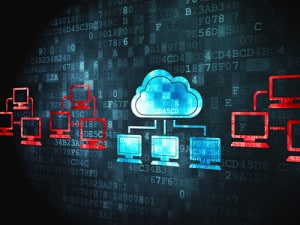 Who are the players in the cloud computing wars? What have they accomplished already and what do their blueprints look like over the next few years? We take a deeper look.

If you’re at least 37 years old, congratulations, you’ve successfully lived through the Cola Wars, the Coffee Wars, the Burger Wars, and yes, even the War for Late Night television.

But even those heavy hitters have nothing on the participants in the Cloud Wars, which are just now launching their opening salvos at one another in an attempt to attain supremacy in the fastest-growing IT field on the planet.

Who are the players in the Cloud Wars? What have they accomplished already and what do their blueprints look like over the next few years? Here we take a deep dive into the battlefield to take stock of what lies ahead as cloud computing becomes the standard for businesses and organizations around the world.

It should come as no surprise to anyone that the three most powerful players in the cloud right now are three of the most dynamic, sustainable and successful corporations in the world: Microsoft, Amazon, and Google.

From an outsider’s perspective, these three are sort of like picking between Babe Ruth, Mickey Mantle and Joe DiMaggio as your favorite New York Yankee. They’re all well-established and trusted names.

And while Amazon Web Services (AWS) beat everyone to the punch and established itself as the leader early on, that lead has shrunk considerably. Here’s why:

Microsoft: Bill Gates’ baby recently held its annual Ignite conference, at which it announced the acquisition of Israeli company Cloudyn for $50 million. Cloudyn gives users the ability to manage multiple clouds from one dashboard, the only such business of its kind. Microsoft plans to use Cloudyn in conjunction with Azure to give users the ability to “optimize their cloud service usage and costs via automated monitoring, analytics and cost allocation.”

Running up huge cloud costs because we weren’t checking our usage happens to the best of us; it’s the sequel to when we used to run up massive Internet costs because our dial-up numbers were long-distance calls. For the first quarter of 2017, Microsoft CEO Satya Nadella reported earnings of $15.2 billion for Microsoft’s cloud position.

In that same earnings call, Nadella said he wants Microsoft to embrace “the entire digital estate”, something that be seen in the company’s commitment to excelling in all three crucial cloud arenas: Infrastructure as a Service (IaaS), Platform as a Service (PaaS) and cloud application Software as a Service (SaaS). Also at Ignite, Microsoft rolled out three new tools it has been promoting for a while:

The latest edition of the SQL Server is available for Linux, the system increasingly preferred by developers. The hybrid cloud system allows Microsoft partners like Dell, HP Enterprise, and Lenovo to offer Azure Stack systems that you can plug into a data center and have them work just like the real version of Azure. The database migration is largely Microsoft pigtailing on Amazon’s design of earlier this year to take customers away from Oracle who were looking for a new home.

Amazon (AWS): It’s hard not to believe that Amazon will win out at the end of the Cloud Wars given the company’s track record. Remember when we all went there simply to buy books? AWS remarkably just celebrated its 10-year anniversary, which gives you a good indication of just how ahead of its time the service was. AWS’s biggest strength in the cloud has been its ability to scale, which is why it has so many small-to-medium businesses (SMB) as clients.

But that has a flip side, which is that mega-corporations are leery of putting all their eggs into AWS’s basket, and prefer the plus-sized competitors like Google and Microsoft, simply because they’re “in the business”. Amazon has hardly taken the competition lightly, cutting its price 44 times between 2008-2014 as new competitors came online. It upped the ante even further in September 2017 when it introduced per-second billing for Amazon Elastic Compute Cloud (EC2) and Elastic Block Store (EBS), upstaging Microsoft and Google’s per-minute pay structures.

Unlike Microsoft, AWS is currently strictly in IaaS and is starting its PaaS niche. Will AWS expand to the SaaS cloud market or be content to let its biggest competitors run the show?

Google: Google upped its power game recently with an October 5 announcement that users could rent virtual machines with up to 96 virtual CPUs and 624GB of RAM. Like AWS, Google found more success early on with smaller customers and is now after the enterprise-level users that can bring in the biggest profits over the long haul.

In early October 2017, Google announced a deal with Puppet to give users of that DevOps software an easier transition to the cloud. It’s part of a growing trend in the industry where cloud computing hosts are doing all they can to assure companies running older software systems that their migration to the cloud doesn’t have to be at the price of ripping up everything that came before.

Google doesn’t want to offer a clone of AWS, rather it wants its cloud service to be as innovative as the company’s long string of success with Gmail, Drive, and so on. It plans on doing that by giving external developers more access to its most advanced in-house services like machine vision and artificial intelligence.

Alibaba: That tectonic sensation you felt in September wasn’t an earthquake, it was the release of Gartner’s report on the IaaS cloud computing market that showed Google Cloud finishing behind Alibaba Cloud in market share. As a whole, the IaaS industry grew by 31.4% to revenues of $22.1 billion in 2016. In those latest numbers, Alibaba had a 3.0% of the market, with Google down to 2.3%, just ahead of Rackspace (2.2%).

Alibaba’s rapid expansion comes largely from its Chinese dominance, but it isn’t just relying on the world’s biggest nation to run the show. Alibaba has expanded to data centers in Australia, the Middle East, Japan and Europe.

Oracle: Even as legions of its database customers jump ship to Amazon and Microsoft migration tools, Oracle believes it will ultimately come out on top in the Cloud Wars. At his company’s annual conference in early October 2017, CEO Mark Hurd said he believes his organization will openly come out on top. In its last earning statement, there was definitely some evidence that Oracle has its game face on.

The company’s cloud infrastructure and platform services earned $400 million in revenue, a jump of 28% year over year. Only AWS had a bigger percentage increase (42%) in the same time period. Despite its current humble holdings, Oracle is an interesting name to watch simply because it is such a legacy business. Its first commercial SQL came out in 1979 and it remains the second-largest producer of software in the U.S. behind only Microsoft. A big push in cloud technology would be an easier sell to its massive amount of pre-existing customers.

Salesforce: Like Oracle, Salesforce is a brand name in the business world that has the endorsement of millions of customers. One of those innovations is Salesforce’s Marketing Cloud integration with Facebook to help businesses harness the power of Facebook’s B2B digital advertising channel. Another is its Financial Services Cloud for Retail Banking, unveiled in October 2017. This is a step in a different direction for Salesforce, which had previously built horizontally with software that could be used in pretty much any industry.

This vertical shift combines elements of its Service Cloud and Sales Cloud CRM along with third-party tools in an effort to give retail bankers better ways of serving their customers. It’s the kind of product that is ideal for a company like Salesforce – find a need and address it, then build on that to start slowly establishing a foothold in the overall landscape.

IBM: IBM finds itself outside the Top 5 when it comes to IaaS, but is much stronger in SaaS and PaaS. With IaaS likely to be the biggest growth segment of the next five years, according to Gartner, IBM will grow more slowly than its rivals. It has a small market space for now but is rolling out new services to find the customers seeping through the cracks of the Big Three.