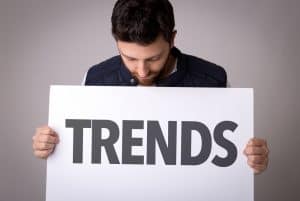 Despite the perception that AI is more hype than reality right now, a wide majority of companies are looking to more aggressive adoption of AI.

While there’s naturally a lot of in trepidation when it comes to anything involving artificial intelligence (AI), a survey of 750 business decision-makers across the healthcare, financial services, transportation, technology and retail sectors published by KPMG suggests most business leaders wish that given all hype surrounding AI a lot more progress was actually being made.

The survey finds the majority of survey respondents in four out of five of these sectors said AI is more hype than reality right now: technology (57%), transportation (69%), healthcare (52%) and retail (64%). The only sector where less than half the survey respondents did not have this perception was financial services (42%).

Despite that perception, however, a wide majority of survey respondents said they are still looking forward to more aggressive adoption of AI within their organization: transportation (79%), technology (73%), healthcare (69%), financial services (68%) and retail (68%).

In terms of actual usage, the technology sector is, not surprisingly, furthest along in terms of AI deployments with 66% of respondents saying AI is at least moderately functional in their companies (66%). Perceptions of AI being moderately functional in transportation (55%), retail (52%), financial services (47%) and healthcare (37%) were significantly lower. However, 89% of healthcare executives said AI has already created efficiencies, with 91% saying AI has increased access to patient care.

Overall, the survey makes it clear organizations are struggling to move beyond the AI experimentation phase as they attempt to operationalize AI within business processes at scale, says Traci Gusher, principal for innovation and enterprise solutions using AI at KPMG.

As such, organizations in the months and years ahead need to focus more of their efforts on AI literacy if organizations they hope to take current experimentation efforts to the next level, adds Gusher. Front, middle and back-office operations all need to be involved, says Gusher. The survey identifies the biggest inhibitors of AI adoption to be a lack of understanding of capabilities (46%), lack of training (36%) and lack of initial investment funding (32%).

There’s also a major disconnect between how ready senior leaders think their organizations are to embrace AI and line of business executives. Senior C-level executives have much higher levels of confidence in employee preparedness (79% versus those at a manager level (38%). Only 20%, however, said employees are concerned about losing their jobs because of investments in AI.

Finally, the survey also finds considerable support for some level of government oversight over AI. A full 91% of survey respondents that have implemented AI at scale support government regulation, while 75% of those with deep knowledge of AI support regulation. In many cases, Gusher notes businesses are waiting on clarity from governments about to what degree they can implement facial recognition in customer service applications.

In general, Gusher says it’s apparent AI is starting to have a significant impact on businesses. The issue they all face now is coming to terms with just how long it might really take to infuse AI across all their operations on a truly end-to-end basis.