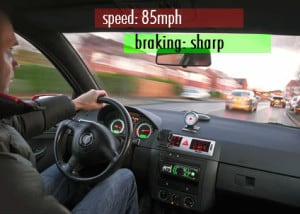 Many of today’s business professionals will be automated out of their jobs.

Increasing volumes of fast data, particularly from the Internet of Things, is driving growing levels of automated decision making on three levels of business intelligence—operational, tactical and strategic. That inevitably leads to displacement of decision makers by machines. The most affected workers will be those who have been making high-speed, high-volume, and low-value decisions.

These decision makers are often close to the boundaries of the business, whether customer-facing or supplier-supporting. So the question that arises for businesses that heavily rely on automated decision making is:  What are the unintended consequences?

Let’s look at this though the lens of automobile insurance and the trend toward autonomous vehicles. The first sensors and on-board computers in cars were introduced by manufacturers to monitor technical measures of vehicle performance. As soon as these measurements were made available in real time, a range of new opportunities arose, such as the possibility of scheduling maintenance before problems arise.

But as far back as 2010, automobile insurers recognized a new business opportunity: Driver behavior, such as excessive speeding or acceleration, hard braking, or sharp cornering, could be inferred and monitored from the technical data available.

An analysis by Progressive Insurance in 2012, showed—hardly surprisingly—that driving behavior is more than twice as predictive of claim costs as any other factor, and that drivers with the highest-risk driving behavior were costing the company 2.5 times more than lowest-risk drivers, who were subsidizing their far fewer high-risk peers. Premiums could now be adjusted based on actual assessment of risky driving behavior. Insurers could even attempt to change driver behavior by use of carrot-and- stick premium setting.

Progressive, in fact, has a Snapshot IoT device that hooks into a car and monitors speed and braking, with safer drivers rewarded and riskier drivers penalized. Allstate has Drivewise, which does the same thing.

A Move to Real-Time Vehicle Data

For business intelligence, usage-based insurance programs from Progressive and Allstate indicate an evolution from forecasting with actuarial models to planning with real data. The next wave of change is already in progress. With new sensors and data, such as proximity detection and LIDAR remote sensing, various aspects of vehicle activity are being automated. Semi-automated highway driving with lane following and speed setting is already available. Widespread assisted driving and a further explosion in sensors, both in the vehicles and on the transportation infrastructure (such as cameras on roads and radar devices), are set to follow.

For insurance, real-time, sensor-initiated reporting of accidents and theft, as well as electronically verifiable claim loss facts will become prevalent. Undoubtedly, electronic fraud attempts will follow. For BI professionals, fast data will permeate both underwriting and claims processes. Incomplete and uncertified data will have to be combined from multiple sources, with substantial increases in automation of processing and decision making. The majority of claims will be settled automatically and BI users will be fewer in number and require very different data exploration skills. Automated claims processing of course reduces costs, but will the integrity of customers’ relationship with a highly depersonalized claims business be reduced?

Autonomous vehicles promise—or threaten—entire industries including auto manufacturing and sales; maintenance and rentals;  as well as delivery and transportation businesses. Insurance is no exception. Many observers of the auto industry expect a significant longer-term reduction in vehicle ownership and numbers. Ride sharing and short-term rentals will likely increase dramatically. Current auto insurance models will be heavily impacted by such market changes.

But assigning liability is unclear when vehicles are driven by algorithms, and perhaps even more unclear in any long transition phase when roads are populated by a changing mix of human and robot drivers. What are the algorithmic ethics involved in deciding between driving off a cliff road and killing the two elderly passengers or running down the drunken pedestrian, who happens to be the brightest physics student in a generation—and the son of a successful and rich lawyer? In such cases, will the BI professional become some sort of data-driven, (IBM) Watson-supported Sherlock Holmes whose data preparation and analytical skills are at the heart of deciding the case? Will she become the attractive chief investigator of the next big Netflix box-office hit?

This is but a singular example from one industry of the changes in store for the traditionally back-room business intelligence department. BI managers need to look closely at the types of skills required for BI professionals of the future. Many of today’s business professionals will be automated out of their jobs; the rest may have entirely unsuitable skills for tomorrow’s world.

E-Book: How to Move to a Fast Data Architecture