Home / Tools and Tactics / Blockchain / IBM and Food Safety: Building Around the Blockchain 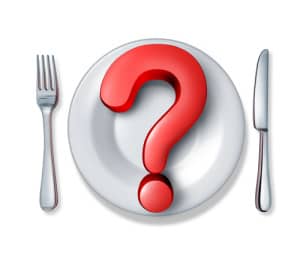 IBM aims to place its blockchain implementation at the center of a global food safety network, helping it achieve buy-in for its blockchain platform.

The global food supply chain is about to get more open, if a new consortium can meet its goals of applying blockchain technology to the industry’s biggest problems.

The consortium includes companies from across the food spectrum, from grocery stores like Kroger and Walmart, to multinational conglomerates like Nestlé, Tyson Foods, Unilever, Dole, and more. IBM is bringing the technological backend to make all these components click.

“Unlike any technology before it, blockchain is transforming the way like-minded organizations come together and enabling a new level of trust based on a single view of the truth,” Marie Wieck, a general manager with IBM Blockchain [see Facebook Live video on IBM Blockchain ], said in a statement about the new consortium. “Our work with organizations across the food ecosystem, as well as IBM’s new platform, will further unleash the vast potential of this exciting technology, making it faster for organizations of all sizes and in all industries to move from concept to production to improve the way business gets done.”

This announcement comes nearly a year after IBM and Walmart first collaborated on using blockchain to improve the safety of pork products being raised and produced in China. The companies haven’t released many details about how that pilot program turned out, but one can only assume it was successful given the size of this new consortium.

Frank Yannas, the vice president of food safety at Walmart, says the end-goal of this collaboration isn’t traceability, which seems like an obvious choice. Instead, it’s transparency. He argues that only transparency, where all the companies on a particular food supply chain are using integrated systems that communicate with one another, will offer not only the traceability these companies want, but also an emphasis on general safety.

Right now, Yannas says, the farmers, processors, and distributors in a food supply chain all collect and store information differently. It’s mostly done on paper, but when modern digital systems are involved, they aren’t capable of speaking to one another in a meaningful way. In the event of food scares, that equates to massive amounts of hours manually searching for the answer. He says, “Imagine if we could pinpoint with certainty in minutes, not days, that it wasn’t the implicated product.”

What does IBM have to gain?

If it wasn’t abundantly clear already, IBM is the only company in this new consortium that doesn’t produce, supply or sell food. Simply put, if IBM can place its blockchain implementation at the center of a global food safety network, it will achieve a kind of buy-in that the company has struggled to find in other arenas.

The company’s Watson AI platform, for example, boasts many high-profile clients after becoming an early leader, but if you start to dig, you’ll likely find smaller companies that have had less-than-perfect experiences. It’s a clever strategy, but it’s unclear how it will play out in the long term.

The technology behind this implementation is IBM’s Blockchain Platform, which is in turn based partially on the open source Hyperledger project hosted by the Linux Foundation. IBM has included the recently released Hyperledger Fabric v1.0 framework and the Hyperledger Composer blockchain tool as well.

That might make it appears that IBM’s stake in a future food safety blockchain implementation is an open source one, but the backbone is, indeed, purely of IBM’s making: The IBM Cloud, they say, is the same one that’s been rolled out to 400 organizations around the world already.

What’s the secret sauce behind IBM’s blockchain implementation that these companies couldn’t get from a more barebones Hyperledger Fabric infrastructure? The name recognition is one major component, naturally, but there are some added bonuses to this platform over others.

IBM claims that developers can create all the logic in JavaScript rather than more complex languages, which makes it easier for any developer to contribute to the creation of this blockchain network.

IBM also says it has created a “new class of democratic governance tools” to ensure that no one member of the consortium has exclusive control of the blockchain. Finally, there’s “the highest-level commercially available tamper resistant FIPS140-2 level 4 protection for encryption keys.”

The power of 1,600 blockchain consultants

For companies that still struggle with implementing these technologies in their own operations, there’s also IBM Global Business Services, which offers access to 1,600 blockchain consultants and their expertise. All in all, it’s an appealing picture for these food companies, with IBM doing much of the heavy lifting.

The consortium companies all seem connected on one common goal: reducing the number of food-related deaths that occur every year, which top more than 400,000 according to the World Health Organization. However, IBM hopes to insert itself into this space, the end result is a net positive.

“What we hope to do with blockchain is bring all food safety system stakeholders and collaborate to do it one best way,” Yannas says. “Blockchain will give us the ability to not only track where food came from, but also how it was produced. Was it produced safely? Was it produced responsibly?”