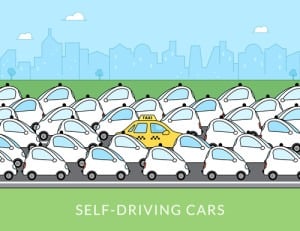 GlobalData shares optimism with Waymo, Ford, and other developers of autonomous vehicles that the future of deliveries will remain on the ground.

Supermarket chain Kroger announced an autonomous vehicle delivery trial in August, which is active in Scottsdale, Arizona. The delivery pods are provided by Nuro, a robotics startup based in Mountain View, California.

There’s still a lot of debate on the future of deliveries in the autonomation age. Amazon envisions drones delivering packages from zeppelins or beehive-shaped warehouses. Starship Technologies sees small, path-riding pods as the answer to the surge in online fast-food deliveries.

“The autonomous factor is unlikely to have any major effect on how consumers do their online grocery shopping,” said Choi. “The majority of the benefits will be reaped by the supermarket chains instead. The use of autonomous vehicles allows grocery retailers to save on hiring and paying drivers, and provides an opportunity to increase the number of possible deliveries.”

Most U.S. supermarkets are already looking into the possibilities of an autonomous fleet for deliveries. With Amazon’s cashier-less store concept gaining traction, it may not be long before a supermarket automates its entire shopping experience, a scary thought for the two million people working at leading supermarkets in the United States.

Once autonomous vehicles and pods have been accepted by the public, something that will occur naturally once manufacturers can prove the safety and security aspects according to Choi, it may be used for all types of services. Ferrying passengers from one side of town to the other may be the tip of the iceberg.

“Over the next decade, it will not be surprising to see fleets of autonomous vehicles delivering consumer goods to everyone’s doorsteps,” said Choi.

While optimists see the rewards of fully autonomous transport, there are others that see major issues in the next few decades. Congestion is one of the most prominent issues; as we move from a car ownership to an Uber-like autonomous model, prices will drop significantly, which will lead to increased usage.