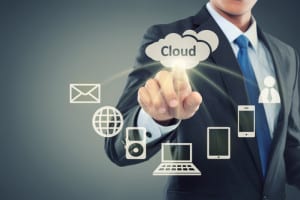 The company says they give users the ability to quickly deploy and manage large fleets of IoT devices, analyze their data at scale and enforce consistent security policies. One of the offerings, Amazon FreeRTOS, is an operating system for IoT that extends AWS to low-power devices such as smart lights, thermostats, smoke detectors and conveyor belts. Another new offering, AWS Greengrass ML, gives AWS Greengrass the ability to deploy machine learning models to devices, enabling those devices to run machine learning inference even when they are not connected to the cloud.

See also: Could AWS be the right choice for IoT and machine learning?

“The explosive growth in the number and diversity of connected devices has led to equally explosive growth in the number and scale of IoT applications. Today, many of the world’s largest IoT implementations run on AWS, and the next phase of IoT is all about scale as we’ll see customers exponentially expand their fleet of connected devices,” said Dirk Didascalou, VP IoT, AWS.

“These new AWS IoT services will allow customers to simply and quickly operationalize, secure, and scale entire fleets of devices, and then act on the large volumes of data they generate with new analytics capabilities specifically designed for IoT,” he added. “With Amazon FreeRTOS, we’re making it easy for customers to bring AWS IoT functionality to countless numbers of small, microcontroller-based devices. And, customers have also told us they want to execute machine learning models on the connected devices themselves, so we’re excited to deliver that with AWS Greengrass ML Inference.”

According to Amazon, the key features of their other new offerings include: