Home / Business Strategies / Could AWS Be the Right Choice for IoT and Machine Learning? 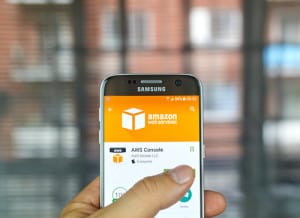 Many analytics companies have built their entire platform on top of AWS — here’s why:

Amazon Web Services (AWS) remains an important player for those who are looking to build out IoT implementations, store big data, or process that data via machine learning or other analytics tools. The capacity to do just about anything on AWS is a big selling point, but is that enough to keep the business of companies looking to expand in the cloud?

New companies are rolling out new cloud-based platforms for these processing-heavy opportunities, many of which are tempting. Even then, companies would be remiss to not take a deep look into the varied prices, featuresets, and opportunities that AWS allows.

The big-ticket “whys” for AWS

There’s three big reasons for people to go AWS: scale, security, and price. When it comes to scale, the large and complex network of AWS datacenters allow customers to immediately and dynamically grow their services to meet spikes in demand. Same goes for more predictable growth—one can essentially add new servers to their heart’s content, without fear of outgrowing AWS. High availability, redundancy, and fault tolerance are nice bonuses.

AWS isn’t responsible for the security of any applications one might host on their servers, but their architecture is built from the ground-up to promote security. Virtual firewalls help customers control exactly what kind of traffic reaches their servers, and integrated encryption helps keep information secure in worst-case scenarios. How’s this for an endorsement: Jim Fowler, the chief information officer of General Electric, even claimed that operating on the public AWS cloud is more secure that GE’s own datacenters.

Because Amazon operates at such high economies of scale, they can do cloud computing cheaper than just about anyone. Instead of raking in more profit on reduced operating costs, they pass those savings on to their customers with proactive, industry-leading price cuts. Hard to argue with that.

The great thing about the flexibility of AWS’ infrastructure is that you can run just about anything on it; in fact, many analytics companies have built their entire platform on top of AWS. That means a company can develop their own engine and leverage AWS computing to power it, or they can partner with a company like C3, which offers a complex IoT platform-as-a-service (PaaS) using AWS. Finding a partner means one gets all the security, power, and redundancy, without having to develop the underlying platform on their own.

The AWS IoT Platform, on its own, allows for “billions of devices and trillions of messages,” and can connect disparate devices securely through the platform. Even Amazon its taking advantage of its own AWS IoT platform with the Dash button, which can be programmed to perform a number of actions after being pushed.

When it comes to machine learning, Amazon offers its own software-as-a-service  for learning models and generating predictions. Because it’s integrated into the wider AWS system, it might be easy for people to use, but it’s limited feature-wise and doesn’t work well with external data or applications. That said, for companies looking to dip their toes in, there might be no better option.

How to operate with all that data?

Most companies working on AWS will focus their efforts on Elastic Compute (EC2) instances, which allow them to create virtualized servers in the cloud running a variety of operating systems. Custom or pre-configured Amazon Machine Images give businesses a place to start build out their infrastructure, and ensure that they can always deploy another server with the exact same configuration as the last.

Big data, whether that’s from IoT capture or customer transaction data, would typically be stored using Secure Storage Service (S3). S3 offers an incredibly scalable, durable, and cheap option for those who want to create a “data lake,” or bulk repository, for their data. Starting to analyze that data is as simple as launching an EC2 instance running the Hadoop framework—again, with near-infinite scalability.

Does AWS have it all?

Certainly not—Oracle claims it can significantly outpace Amazon’s speed capabilities, for one. For those who are already locked in to another company, like Microsoft, moving to their Azure cloud might be convenient and profitable. Some find that fast databases, such as Redis, might be most available through another cloud provider.

AWS might not get as much industry buzz as new solutions such as  IBM and its Watson/Bluemix platforms, but Amazon a dependable leader in cloud computing. Any big data, analytics, IoT, or machine learning application would be amiss to neglect the potential for near-infinite growth on Amazon’s platform.