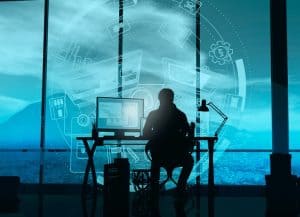 Many adopters of low-code automation tools find big benefits in bringing stability to the code/no-code balancing act. It’s more than ending the frustration both sides feel—it’s about giving both sides more tools to be even more stellar at their jobs.

Every technology-driven company deals with the constant balancing act between the needs of those who do and don’t write code. Each group thinks they know best how to prioritize and build new processes or applications, not to mention what’s best for the company as a whole, leaving both frustrated by the constant battling. This is an area where low-code automation can play a role.

Why? Business users get frustrated when their requests are ignored, take longer than expected, or are delivered haphazardly without any feedback loops. IT teams manage their backlog as best they can, trying to divine good prioritization and estimates out of thin air while battling a queue of requests, bugs, and oftentimes mission-critical errors just to keep the company’s operations online.

Enter a growing ecosystem of tools, plus a new practice of enabling individual employees, to add a few extra pillars of support to this balancing act, if not stop it altogether.

What are low-code automation tools?

Low-code automation tools help people with little or no coding knowledge build applications, processes, or experience with primarily visual, drag-and-drop tools. It’s similar to the comparison between using a website builder like Squarespace and opening up a text editor to write your HTML and CSS manually.

With low-code automation, business users can digitize manual processes or build entirely new workflows in minutes, dramatically reducing the “time-to-market” of their ideas. They’re suddenly empowered to take ownership of their tasks without needing to ask the IT team for help or getting stuck in a frustrating feedback loop.

IT teams have been skeptical of low-code tools, mostly due to concerns over governance, availability, and security. Still, their minds are changing thanks to a new breed of platforms that empower individuals while also ensuring best practices, supplementing the existing infrastructure rather than supplanting it.

How can low-code improve company culture?

While efficiency gains are always welcome, many adopters of low-code automation tools find big benefits in bringing stability to the code/no-code balancing act. It’s more than ending the frustration both sides feel—it’s about giving both sides more tools to be even more stellar at their jobs.

Citizen development: At its core, citizen development is another way of describing the act of non-coders building new business processes or applications. On a deeper level, companies that encourage citizen development and apply this “developer” label to a broader range of employees find a growing culture of experimentation and fearlessness that’s increasingly necessary as more business decisions need to be made in real-time. It’s not about taking power away from IT teams but rather giving more people the powerful feeling of having built something new.

Create feedback loops between business users and IT: With the “old” model of internal development, the IT team often receives a request, develops it behind closed doors, and delivers a “finished” product—even if that’s not what the business user asked for. Imagine if the non-coders can build prototypes of a new application, or even 20% of a digitized process, to create a more complete user story. Now that they’re speaking the same language, IT teams can make improvements based on reality, not assumptions.

Eliminate shadow IT: Certain non-coders don’t take a “no” from IT for an answer. Instead of being patient or working on another process improvement, they build their own solution in secret. These “shadow IT” projects often became mission-critical for specific roles, which means if that person leaves the company, their replacement is now responsible for a workflow that no one understands or can support. A low-code automation platform ensures that business processes stay above the table while also fostering a culture of experimentation and moving fast.

Ensure compliance with business rules: Modern low-code automation tools don’t allow business users with root access to mission-critical infrastructure. They even allow IT teams to set up rigorous rules and define specific workflows or templates that business users can play around with. By defining safe paths, IT teams can get all of the aforementioned cultural benefits without worrying about dealing with a catastrophic failure thanks to an overeager intern in sales.

Gartner recently predicted that by 2024, 75 percent of major companies will employ not just one but four different low-code automation tools in the effort to improve the coder/non-coder relationship. For those still worrying over that balancing act, now’s the time to experiment and plan for future investment—your citizen developers in waiting will thank you.