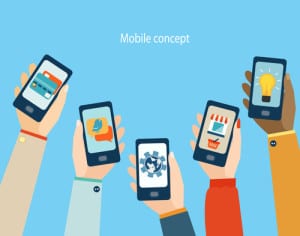 As an advertising network dedicated to optimally placing the right ad in front of a user of mobile computing device, the entire business model for Billy Mobile revolves around real-time insights. Billy Mobile serves up over 400 million advertisements a day. To provide some insights into how those ads are performing Billy Mobile has implemented an instance of the open source MariaDB relational database that enables the company’s employees to analyze more than a half-billion events a day using data visualization tools from Tableau Software.

See also: Is mobile the answer to failed digitial transformations?

Geoff Cleaves, business intelligence (BI) manager for Billy Mobile, says the core service Billy Mobile provides is based on a custom Active Bx platform the company developed that leverages advanced algorithms to create predictive models to decide when, where and to whom an advertisement will be shown.

Previously, Billy Mobile has developed its BI applications using a variety of open source tools. But Cleaves says it became apparent that these tools were not capable of keeping up with demand for real-time insights.

MariaDB provided Billy Mobile with a column store that could be layered on top of the core relational database engine. Cleaves says Billy Mobile specifically chose MariaDB because the underlying database is capable of processing multiple queries in parallel. This approach makes it possible to continually update approximately 10 million rows of data per hour, which he says end users can employ Tableau tools to generate results to queries in less than ten seconds.

One of the primary reasons Billy Mobile decided to make this investment is to better combat fraud. Cybercriminals are setting up Web sites that make use of, for example, keywords and metadata to fool algorithms into thinking they are legitimate Web sites. In addition to perpetrating that fraud, many of these fake Web sites are used to distribute malware. Many advertisers also now want to exercise more granular control over where their ads get places; especially if a website espouses a specific ideology.

Like many organizations, Billy Mobile is trying to turn massive amounts of big data into actionable intelligence. The challenge they face is finding a platform that enables the data being streamed into their data warehouse to be analyzed in near real-time. Backers of the MariaDB project have been making the case of using an open source relational database capable of supporting near real-time analytics applications versus relying on more batch-oriented analytics applications running on either a legacy relational database or one of several distributions of Hadoop.

Arguably, this battle in 2018 is shaping up to be one of the most pivotal in all of IT. Relational databases can now handle north of 80 percent of big data application workloads at speeds that rival platforms such as Hadoop can’t match.

There’s still a major role for Hadoop to play in hosting certain types of applications. But when it comes to real-time analytics modern instances of relational databases continues to enjoy a significant edge against any and all challengers.