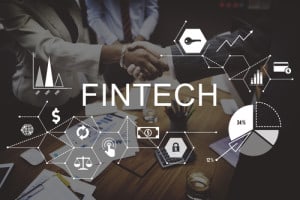 At the end of the day, blockchain is enterprise software, says Pete Harris of Lighthouse Partners. But moving from concept proofs to production will require heavy lifting, scalability, and security.

Blockchain, the global, distributed ledger or database, has potential applications across just about every industry, but nowhere is interest more intense than among financial services innovators. For an industry that depends on trust as part of its day-to-day existence, the transparency, delivery of immutable records of transactions, and unparalleled redundancy offers a compelling solution.

The implications of blockchain technology are especially compelling in the post-trade segment of the industry. This is an area that feels considerable pressure from governments and agencies for greater transparency and accountability, while also operating with the narrowest of margins.

The advantage blockchain brings to the industry is speed. Blockchain technology has the potential to accelerate trading settlement times, and as a result, enable more nimble movement of capital and assets. At the same time, since it is a universally accessible real-time data environment, there will be opportunities to cut out intermediaries that add to the costs and latency of transactions. With a trusted ledger that is supported and viewable by all parties in a transaction, greater security is assured.

Recently we caught up with Pete Harris, principal at Lighthouse Partners, a business and tech consulting firm. Harris is a strategic partner and organizer of “Blockchain for Wall Street,” the first full-blown conference on blockchain on Nov. 29 hosted by the Wall Street Blockchain Alliance (WSBA) a non-profit trade association. The conference will highlight progress and best practices for blockchain in financial services, as companies work through concept proofs and early pilots.

Harris sees blockchain an essential platform for post-trade financial services. Everyone is breaking new ground together, he observes, noting that WSBA itself was just launched in early 2015.

Blockchain is seeing promise, and early adoption, in “areas are you really need to improve business processes, and especially where those business processes involve multiple organizations, wanting to act on certain data,” Harris points out. The challenge is that currently, “each organization, when buying a security, and selling a security, has their own copies of information and need to reconcile that. That’s a very difficult thing to do. Once you get an error, it takes a lot to actually straighten out the error.”

In addition, there are many steps involved in post-trade work — “once a deal has been struck, you need to actually make a record of that deal, ensure that asset changes hands, and make sure payment is made.”

Blockchain has the potential to “speed these processes up, and reduce the costs of processing,” Harris continues. “In speeding things up, we make the market more efficient, and reduce the risk involved in transacting business. That brings down costs.”

The rise of blockchain has enormous implications for the vendor community that serves the financial services industry as well. “It doesn’t mean to say those vendors are going to go away,” says Harris. “It depends on how adept they are at realizing there’s a new landscape out there. It affects both the traditional vendors, and also the bank that provides services, in terms of custody and payments infrastructure. There’s quite a lot of room for shakeups among vendors.”

Of course, the promises of blockchain also are being tempered by challenges. For instance, there may be regulatory hurdles to implementation on a wide scale. In addition, the technology has not yet reached maturity – the pilots and proofs of concepts need to move forward and demonstrate they are ready to handle the day-to-day heavy lifting of financial services.

“People still recognize it’s a new technology,” says Harris. “As a new technology, it doesn’t have all of the features one would want for enterprise deployment. It’s certainly at the stage where the financial markets are looking at the technology and trying it out in terms of proofs of concept. But to move it from a proof of concept to a production-ready system, you’re going to have certain requirements in terms of deployments, of terms of managing it in a production environment, in terms of its scalability, and also security. So while people are excited about its potential, they also realize it’s still a work in progress.”

However, Harris observes, blockchain will likely move along the same path as other technology shifts, such as cloud and big data analytics. “At the end of the day, blockchain is enterprise software,” he observes. “It has some specific unique features, but it needs to be deployed and managed like any other enterprise software.”