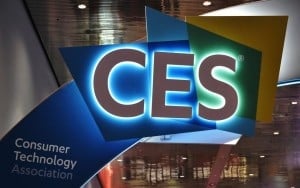 CIOs from Miami, Kansas City, and Las Vegas spoke on the CNET stage at the Consumer Electronics Show (CES) 2018 this week on smart city programs.

Kevin Burns, CIO for the City of Miami, said the use of technology helped prepare the city for Hurricane Irma.

See also: Power at the Edge: How Electric Cars Will Fill Up on the Fly

On the subject of advancing smart city agendas, Burns said: “For the city of Miami, the mayor understands technology and has a vision for moving it forward.

So it’s much easier to talk about technology and get the resources I need to expand, and the technology we need for the smart city area.”

Kansas City is one of the few prominent places across the U.S. where self-driving cars are tested. Bob Bennett, the CIO for the city, said the data harvested from tests will be used to better accommodate self-driving cars in the future.

Bennett also said the city’s investment in fiber infrastructure—around 96 percent of Kansas City residents have access to high-speed fiber—will improve the integration of future technologies for all members of the community.

Community education is an important step, according to Bennett, to achieving a better outlook for the entire community. He said: “Roughly 96 percent of residents in Kansas City have fiber access at their doorway… But in half of our neighborhoods, citizens don’t take advantage of that because of a mindset barrier or a social barrier.”

Las Vegas CIO Michael Sherwood said that the city is prioritizing safety when it comes to autonomous cars.

His ambition is to see a city where zero fatalities happen on the road, which would save around 300 lives per year.