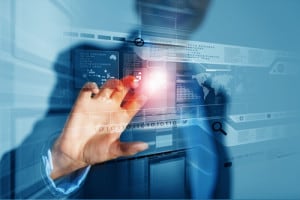 Beyond its initial role as an online general ledger for cryptocurrency, blockchain could store and manage real-time data from a variety of devices.

Greg Adamson, president of the IEEE Society on Social Implications of Technology, believes the potential applications of blockchain for IoT are numerous. For example, one weakness of current IoT networks is that they rely on centralized platforms and intermediaries to manage and pass data. The IoT relies on “multiple owners — manufacturer, distributor, seller, domestic owners,” Adamson said. Blockchain is an answer to “circumstances where data needs to remain unchanged, and public access is a benefit, but privacy isn’t required,” he says. “A lot of geodata fits this description.”

Blockchain, with its ability to support “smart contracts,” may work well in instances “where the overhead of administration currently prevents the management of useful solutions, such as micro-trading of excess solar energy,” Adamson said.

The key advantage to blockchain “is that it establishes agreement between cooperating, but not necessarily trusting, parties over the Internet,” he said.

One case study for blockchain, he relates, is “recording the temperature of perishable items along their supply chain path – such as pharmaceuticals or fish — via temperature sensitive transducers to guarantee specified temperature requirements have been met,” he said. While blockchain isn’t essential for every IoT situation, it fits for supply chain applications “because multiple handling can make it hard to achieve end-to-end data integrity.” Blockchain could thus be used for “product lifecycle tracking for household electrical goods, including responsible disposal.”

However, he also observes that blockchain security is still a work in progress and requires the same due diligence as any platform or networked approach.

“While the blockchain protocol has successfully protected billions of dollars of transactions to date, there are some highly publicized cases of losses through exchanges, including through programming bugs,” he cautioned. “Like any other software, blockchain applications need to be developed and tested sufficiently for their purpose. Poorly implemented security doesn’t provide security.”

The main challenge with blockchain right now is testing its ultimate worth to businesses. Adamson states blockchain, as with any new technology, exhibits a “gap between what appears possible and what provides actual benefit and value. As a new field of technology with relatively little standardization, there are lots of opportunities for disappointment.”

Another challenge in the labor force. “At present there is an enormous blockchain skills gap, with perhaps 5,000 skilled programmers compared to many millions in other programming fields,” Adamson said.

Ultimately, however, the market will follow blockchain, giving rise to new players and potentially washing out others.

“It’s like the late 1990s, the early days of ecommerce,” says Adamson. “The four competing companies that wanted to ship dog food didn’t get far, but the companies that worked out how to use the Internet’s characteristics are now some of the largest in the world, including Google, Amazon and Apple.”

More on this topic: blockchain

Blockchain: a gig economy for machines?