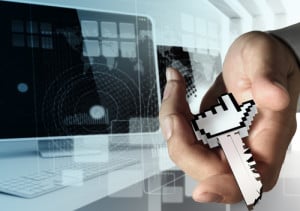 Why software companies need to get ready for blockchain.

There’s been a lot of hype about blockchain, a peer-to-peer distributed ledger technology that can quickly process and verify transactions.

First pioneered by Bitcoin, blockchain involves a transaction database on distributed nodes, and allows two users to make a exchange without third-party involvement.

Blockchain is supposedly faster at processing transactions and it also more secure, as each chain in the data block is unique, and each successive block contains a unique fingerprint through a cryptographic hash code.

In banking, for example, interbank transactions can take days for clearing and final settlement. It can also days for online services such as PayPal to clear transactions through the automated clearing house (ACH) process.

Deloitte has estimated that blockchain transactions could equal the amount exchanged through the ACH – approximately $26 trillion – by 2020.

“Private, permissioned chains among a finite set of counterparties and clients could become common, with payment processors and the large banks owning and operating possibly multiple private chains to facilitate a range of payments,” Deloitte Financial Services stated in a 2016 report. “An uber-private chain (a blockchain-of-blockchains) much like the ACH network is a likely scenario, but one perhaps further down the road, given the complexity of establishing such an infrastructure.”

Goldman Sachs, meanwhile, has estimated that blockchain could save $6 billion a year in global capital markets just for equities, repo, and leveraged loans. The savings come from reduced personnel and IT systems improvements.

As explained by R3, a blockchain alliance of 50 of the world’s top financial firms, banks often use decades-old software and separately maintained  databases to register, track, and account for transactions. That introduces risk of insufficient liquidity and tedious regulatory reporting. With one ledger provided through the blockchain, transactions could be validated in near real-time, and regulatory audits would be much easier.

Benefits to blockchain in finance also might include complying with know-your-customer requirements through identify verification; easier cross-border payments; and freeing up capital with faster settlement.

All of these benefits of course are hypothetical, as most blockchain projects are in pilot stage. In a July 21 report, Moody’s agreed that blockchain technology has the potential to improve the efficiency and security of transactions, and counted over 120 ongoing blockchain projects.

However, “there is still a limited track record of large-scale blockchain implementation in a regulated environment, and many hurdles lie ahead before we see widespread applications,” said Robard Williams, senior vice president at Moody’s.

In September, however, IBM will launch one of the “largest commercial uses of blockchain” technology, according to a Wall Street Journal article. A blockchain system at IBM’s Global Financing unit is expected to free approximately $100 million in capital through better dispute resolution. About 25,000 disputes arise annually in the financing unit over issues such as the wrong number of computer parts in an order or deliveries that go awry.

The implementation “could send a signal” to the market for blockchain investment, according to the article, and make IBM one of the largest organizations to date to move blockchain beyond testing and into real-world business transactions.

In July, IBM also offered a cloud service for organizations needing a secure environment for blockchain networks using private data. The service, which uses the IBM LinuxONE server, is already being used by Everledger, a company that tracks and protects diamonds and other valuables using the blockchain. IBM also offers pre-sale and delivery services, and is a member of the Linux Foundation’s Hyperledger Project, an open-source collaboration

Microsoft, too, has rolled out blockchain-as-a-service for Azure. 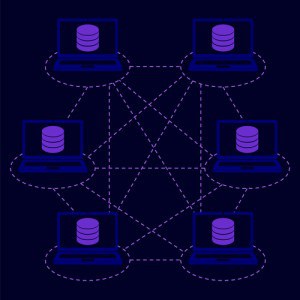 PwC lists blockchain, along with artificial intelligence and the Internet of Things, as among their “eight essential technologies that matter now.” And according to a report from Ernst & Young, blockchain presents a “disruptive threat” to companies providing technologies to specific industries, whether financial services, energy or healthcare.

“Blockchain technology makes possible new business models and streamlined business processes,” the EY report stated. “If it works as expected, customers in every industry that tech companies serve will be assessing blockchain-based alternatives to their current information technology (IT) architectures.”

If blockchains “really prove to reduce cost and increase trust in financial transactions, financial services firms may decide to migrate quickly to blockchain —and away from their existing transaction-processing technologies,” the report continued. “Software and services incumbents must be ready with blockchain-based platforms and solutions, or see the opportunity go to one of any number of well-funded blockchain start-ups. Similar scenarios will occur in many industries.”

Blokchain, for instance, has applications in almost any peer-to-peer computer network, including for the Internet of Things. Just one example is the use of a microgrid under which customers with solar power could trade electricity. In April, the first peer-to-peer transaction of solar energy using blockchain tech occurred on the Brooklyn Microgrid. LO3 Energy partnered on the project with Consensus Systems.

But imagine other information that needs to be securely shared between machines, including connected vehicles, smart appliances, or manufacturing equipment. Machines might be able to order their own spare parts, optimize packing of materials, or pay for their own electricity.