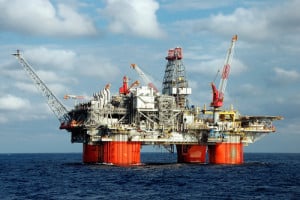 The analytics solution, Plant Operations Advisor (POA), has been deployed across all four of its operated production platforms in the Gulf of Mexico.

BP announced the successful deployment of Plant Operations Advisor. The company developed this cloud-based analytics solution in partnership with GE company Baker Hughes, across all four of its Gulf of Mexico oil platforms. First tested at BP’s Atlantis platform, it successfully prevented unplanned downtime. BP has installed it at BP’s Thunder Horse, Na Kika, and Mad Dog platforms and plans to expand the deployment to over 30 of its global upstream assets.

“BP has been one of the pioneers in digital technology in our industry. Co-development of Plant Operations Advisor with BHGE is a key plank of modernizing and transforming our upstream operations,” says Ahmed Hashmi, BP’s Global Head of Upstream Technology. This tech deployment will both improve asset safety, reliability, and performance and also raise the bar for the entire oil and gas industry.

See also: Tomorrow’s energy and the power of real-time

GE’s Predix platform powers POA, which provides predictive analytics based on real-time data gathered from the production system. These insights allow engineers to address issues before they lead to costly downtime and ensure the equipment meets safety requirements. It analyzes over 155 million data points a day across more than 1,200 pieces of equipment, providing maintenance and performance insights. BP plans to increase POA’s analytical capabilities as it expands to more of their assets.

“The partnership between BP and BHGE has resulted in a unique set of capabilities that quickly find valuable insights in streams of operational data,” says Matthias Heilmann, President and CEO of Digital Solutions and Chief Digital Officer for Baker Hughes. “Together, we are creating leading-edge technologies to automate processes and increase the safety and reliability of BP’s upstream assets. As we extend the solution globally, this will become the largest upstream Industrial IoT deployment in the world when complete.”

BP will deploy POA to its platforms in Angola, Oman and the North Sea next.