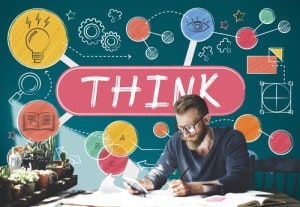 Readers of RTInsights know that companies of all shapes and sizes are currently using their stores of data to get better visibility into how their company is running and make better business decisions.

Even then, you might not think of putting Cigna, Blue Apron, and BuzzFeed into the same category of data collectors and analyzers. But, according to Frank Bien, the CEO of Looker, they’re all part of a “third wave of BI.” In a recent webinar on the topic, Bien detailed how these companies operate in similar ways, and how the third wave of business intelligence is all about using data to understand not what happened, or why it happened, but rather how people work.

Bien says that in the last 7-10 years, data-driven BI has undergone immense change that can be roughly be defined by three different trends. The first wave was all about monolithic stacks that, compared to today, were both expensive and slow. Many companies needed to hire a big (and also expensive) consulting company to figure out the business logic, and even then, formalization made any significant change a time-consuming process.

The second wave was defined by self-service departmental tools. Beyond the core databases, there were a lot of modular pieces that were built to meet certain needs, and then more pieces built to solve problems created by the first set.

Bien says, “I would argue, as technology vendors, we’ve created a little bit of a mess for you all as customers, because those tools in the middle don’t fit together particularly well. The tools that I use to prepare my data are different from the tools I use to visualize my data. And even when I do that, and I do it well, I’m still operating in silos.”

Fortunately, the third wave is on its way, according to Bien. This is driven by a data infrastructure revolution that allowed databased vendors to create tools that could operate at completely new scales. If these tools could work for companies like Facebook, Bien says, they could be incredibly valuable for much smaller enterprises as well.

At the core, Bien says that the first wave was all about using data to understand “what happened.” The second wave answered “why it happened,” whereas the third wave wants to answer, “How do we work?” It’s all about past versus present versus future.

He adds: “Once you solve that basic need of reliable, clean data at scale, you can start to make data be part of how people work.”

How a variety of companies are leveraging 3rd wave BI

BuzzFeed is a media company focusing on entertainment and viral content; Blue Apron is a meal delivery service; and Cigna is a major supplier of medical insurance. How could they possibly be using BI in similar ways? Aside from all being Looker customers, their underlying philosophies are all the same.

Silvio Galea, the VP of engineering at Cigna, says, “Just because you built it does not mean they will come.” Cigna’s engineers have been able to build new tools rapidly, but struggled when trying to hand the keys over to business users. They’ve now created an internal product management team that helps create new tools and teach those to business users who otherwise wouldn’t be able to follow long.

Andrew Hogue, the VP of engineering at Blue Apron, says the key for his company is ensuring that data teams don’t bottleneck the processes. They provide the accessibility, and then let the business users ask the right questions in self-service.

Curation is important at times, however, and that’s where BuzzFeed excels. Lyle Smith, a senior data scientist at BuzzFeed, says “We’ve continually prioritize creating tools and experiences where data is put in front of people.” She adds: “That idea of curation, and meeting people where they are, is important.”

That started with numerous dashboards on traffic for individual pieces of content, where pageviews are coming from, and who is sharing it. It’s expanded into deeper investigations about the viralness of content, which BuzzFeed calls “social lift.” Thats a ratio of viral traffic (referred from sources outside their platform) versus how often people are sharing it.

But beyond that, BuzzFeed needs to be able to quickly create new analytics solutions that meet newfound ways of sharing content. For example, Facebook users regularly share content by tagging their friends in the comments of BuzzFeed content. They need to have tools on hand to capture that data and integrate it with their other insights. In the second wave of BI, they might have been interested in why people are sharing content the way they are, but in the third wave, it’s more important to know how, and then respond instantly.

Each of these companies are at work putting the third wave into action: They create data structures that “just work,” using the right tools, and then let business users take the next steps. By giving them freedom and meeting them halfway, they can start to make BI-driven decisions that are backed by a best version of the truth we’ve seen yet.