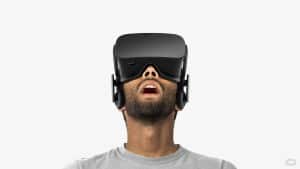 Virtual reality (VR) will likely leverage the coming opportunities to be found in the new self-driving car era if some new projects are any indication.

Earlir this fall, I returned from the IoT (Internet of Things) Solutions World Congress, the world’s premier convention for demonstrating IoT solutions. This year two products, in particular, caught my eye: a Renault car modified by Siemens without a back window and Altrans Innovation’s virtual reality (VR) helmet without controllers.

These two devices were interesting because they challenge current perspectives on how the IoT, the self-driving car, and VR will change over time, reminding us that the history of technology is as much about breaking old habits as it is finding new solutions to old ideas. Furthermore, these solutions are being offered by two companies that Americans do not associate with innovation: a German conglomerate better known for business-to-business sales in alliance to a French car manufacturer and an engineering consultancy based in Paris.

Talk about connected vehicles and self-driving cars trends in two directions: present technology and technology that at best is decades away from reality. Right now there are many articles about how companies such as Waymo (Google’s sister company within the Alphabet family) and Ford improve their current technology and there are many science fiction books and movies about how sentient vehicles will decide what is best for their occupants.

While some aspects of science fiction have become science fact- such as people being able to hack vehicles over the air- the strangest thing they have in common is how “future” cars look like “present” cars. Even the (manual) aerial cars being tested by Terrafugia, a Chinese-owned company based in Woburn, Massachusetts, look somewhat similar to the (also manual) flying cars seen in the 1990s French science-fiction film The Fifth Element.

The aerial cars maintain similar curves, windows, and doors to the ground-level vehicles the only main difference being the additional wings and rotors. Similarly, the only major difference between the trucks we have now and the autonomous trucks in the movie Logan is that there is no cabin in the Logan ones.

VR technology seems to follow a similar pattern. While VR is finally breaking into reality (please pardon the pun) and entering the workplace, it also seems to have a hit a plateau in terms of hardware creativity: the hardware generally involves a helmet with “controllers,” whether they look like video game controllers with their many buttons or two sticks with buttons on them. If the technology is going to move forward, we may have to challenge the hardware design.

The vehicle at Siemens’ booth attracted me because it looks quite different from mainstream science fiction films and it manages to look different from many vehicles on the road. At this point, any car aficionado can tell the difference between a Chevrolet and a Corolla, and most people can definitely tell a Mustang from a Mercedes, but the general structure remains unchanged: windows on all sides, two to four doors, etc. The most “obvious” difference nowadays is that some vehicles do not have engines in the front of the vehicle, but this difference would not be obvious unless one opens the hood.

The vehicle at the Siemens’ booth was a modified version of the Renault Twizy, a vehicle available in Europe but not in America. As stated above, the vehicle attracted my attention because it had no back window or mirror. It also differs in that this two-seat vehicle does not come with doors in its standard model. If you do order a “doored” model, the doors open “up” rather than side-to-side.

Rare among cars, it costs less than $10,000, which still makes it much more expensive than a motorcycle but has far more carrying capacity. It can also be plugged into a domestic (230 volt) socket. Although the vehicle is intriguing, there are some issues which may put off buyers; the manufacturer requires one to lease the battery and the vehicle is technically not a “car” but a “quadricycle.” A “quadricycle” differs from a car in terms of cost, weight, and chassis design.

The modified vehicle at the show is a prototype called the “ILO-1,” and this prototype is licensed to drive on German highways. Like the commercial model it has no doors, but unlike the commercial version, it does not have a second seat either. The most salient feature in the prototype was the number of cameras attached to the vehicle, including a few in the back to compensate for the lack of a back window.

While the people on the floor could not go into detail about the technology in the vehicle, they pointed out the video recorded from the cameras could be portrayed on the screen in front of the wheel to give the driver a back view without having the driver turn his or her head. This technology also could provide a solution to the “blind spot” problem, in which cars are not “seen” by back or side mirrors. The use of cameras is a large part of autonomous car technology, and they could continue to improve the safety of manual cars as well.

The biggest issue in work-based VR is ensuring the simulation properly “simulates” reality. If the situation is too different from the “reality,” then the VR simulation cannot be used for training purposes. This is one of the reasons why work-based VR simulations tend to eschew video game controllers.

The VR technology shown at the Altrans booth differs significantly from the familiar VR helmets with joysticks. The Altrans model has a VR helmet suspended in the air with a camera attached to the front of the device. The suspended helmet allows people to move around within a restricted area and prevents people from wandering too far while maintaining the ability to “look” around.

The camera tracks how people move their hands (as long as they are in the camera’s range) and thus allows someone to accomplish tasks without having to hold a VR controller. Removing the controller from the experience makes the virtual training closer to reality which allows for better transfer of skills.

The biggest innovation here is the camera on the front. The technology demonstrated at the booth can measure the distance between the hands and the camera, track which fingers are extended, and even record some hand movements. They also demonstrated how the fingers could “activate” devices with a touch, and how a finger sensor could send a small shock to signal that the touch “happened.”

The demo was used to show how airplane manufacturers could carry out training exercises with robotic arms and moving objects, but one can see many more opportunities for the workplace. The video technology could be modified to not just register when someone picks up an object but also when someone uses it.

As a result, one could demonstrate how to use new or complicated tools in real-time. It may also be used to do research since a car manufacturer could create a program to figure out how quickly a worker picks up a tool, how quickly the worker figures out how to use it and then how long it takes for a repair to be made. Companies can use these camera-assisted helmets to train their workers without adding specialized controls. We are some ways off from eliminating physical controllers from VR- or fully trusting recorded hand movements to train people- but this innovative technology opens up many new possibilities for VR in general.

In Barcelona, I saw many new IoT products and test beds designed to show off new solutions- or better versions of existing solutions- to a variety of different problems, and these were only two examples of interesting innovations on display. I chose the two products mentioned above not just because I believe a vehicle without mirrors or a back window is fascinating and a VR helmet without any physical controllers are cool innovations, but because they remind me that sometimes we need to think fresh.

While we do not need to reinvent the wheel, sometimes we should look back to why we developed the device in a certain way and see what needs to stay and what can be left behind. Innovation is not just about making existing technology more efficient; it is also seeing what was necessary, why it was necessary, and if it still is.