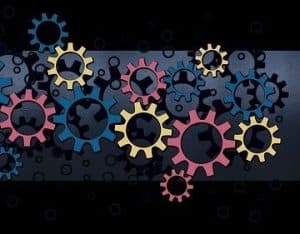 Organizations must actively encourage employees to embrace change and identify use cases for automation that will result in increased productivity and cost efficiencies.

While it may seem like technology is moving at a breakneck pace, there’s nothing new about the applications of automation and robotics technologies to the workplace. Automation has long played a role in the workplace, handling mundane, routine tasks so humans can focus on higher-level, strategic tasks.

What is new, however, is the types and amount of workplace tasks that can be automated. Logically, it makes sense that many activities that are being performed by a person can be accomplished by a machine more cost-effectively and with more accuracy.

Machines historically have been good at reading what is structured or what is called machine-readable form where there are defined columns and data appears exactly in a pre-defined manner.  The machine picks up the data from the correct location every time and mimics what the human being does.  Many companies have already applied automation for these use cases, or at least it is on their radar. Having said that, there are some processes running in some parts of the company that haven’t been considered for automation.

While many companies talk about an automation mandate, the question left to be answered is who owns the responsibility of identifying these processes? Unless someone calls it out as a problem, these processes continue to be run manually.

There could be a few hundred processes running in each department in a company, and there will also be quite a few which have been running the same way for decades. In some cases, people may have considered automation an opportunity a few years back but perhaps have given up or were unsuccessful in their attempts. However, as technology evolves, there is merit in revisiting the feasibility of automation. There are a number of instances where what we could not automate last year because of technology constraints can now be automated with success.

Consider the example of a finance or an HR professional who has been performing the accounting activity or hiring data capture for several years. Most would like to believe the work we do is complex. Many times, when interviewing people performing any work, they discuss the most complex scenario. While they need to be proficient to handle those exceptions, the fact is that in 80 percent to 90 percent of scenarios, humans don’t need to handle those tasks.

However, if HR or finance professionals don’t communicate the need for support, the IT team will not be aware there is an opportunity for automation in that area or that an appropriate and comprehensive assessment has been completed.

Organizations are challenged with employees who do not prioritize identifying automation opportunities as they are focused on performing their daily risks.  Additionally, some workers may be concerned about their job security if repetitive tasks they have owned would be automated.

The question of who owns automation in the enterprise is a critical one for organizations to address. There are multiple stakeholders in the company: IT, business, and support functions. Each organization is different, and in some, the business takes the lead in all decisions, while in others, IT is tasked with championing all automation.

While the right structure depends on how the organization is set up, most often, the solution is a hybrid approach. For instance, IT can own the automation strategy, define the enterprise roadmap and application integration, while the business function can play a critical role in use case identification, owning the project implementation, and ultimately the return on investment. They also need to take care of communication, human resource management, training, and a backup plan. In some successful organizations, the IT and business functions jointly own ROI. With this model, there is a clearly defined measure of success, and the real benefits are calculated on actual reduction of human resources, processing more volumes, the impact of a reduction in the cost of error, and more.

In any organization, there are myriad potential processes or tasks to automate.  Where does an organization start?  One way organizations can move forward in their automation journeys is to prioritize use cases through a detailed scorecard that addresses key criteria such as potential cost savings, complexity, criticality to the business, and impact on revenue.  This in-depth level of analysis allows IT teams to deliver quick wins for the percentage of a use case that can easily be automated while returning to the more complex elements at a later date.

By focusing on leveraging some quick wins, business leaders can communicate ROI while planning to invest the savings in more complex automations.  Many companies utilize the savings from early automation wins to invest in analytics to measure short- and long-term term results.

The key to success in adopting automation is to cultivate a culture of innovation, one that recognizes automation and emerging technologies are key to the company’s growth and long-term sustainability as well as the career development of employees.  Organizations must actively encourage employees to embrace change and identify use cases for automation that will result in increased productivity and cost efficiencies.

While in theory it is nice to talk about collaboration between IT and business to drive automation, to make it work, it is important to understand the business dynamics of the organization. Incentives can play a critical role in the success of automation implementations.

HR has a key role in incentivizing people to be open to automation. Unless this happens, there could be impediments in knowledge sharing, taking ownership in implementation, and measuring success.

Additionally, it is important that organizations revisit the scope for automation as technology evolves. What automation constraints may have existed yesterday may no longer be the case. Similarly, the business case may also be a function of the scale of operations, availability of skilled resources, cost of errors, and other factors, all of which may vary over time.

Increasingly, businesses are setting specific annual goals tied to automation.  IT teams are being charged with a sense of urgency to help business units meet their automation goals in order to save costs by reducing headcount, improve productivity or drive efficiencies.

Many companies experiencing success with automation have identified automation brand ambassadors within their functions who work with the IT team to educate the teams on the art of the possible and potential impact of automation.  This can be developed as a formal structure in order to prioritize and revisit opportunities.

Since there are multiple business functions in an organization, some successful implementations allow the IT team to take the lead on deciding the strategy, providing updates on emerging technologies, and selecting the platform and partner. Some organizations have given a percentage target to the business, and the central IT team partners with the business to figure out how that works.

The key to success is how to secure buy-in from all stakeholders in the organization. As machines keep learning, it is important to use the technology to make it easy for a person to perform their jobs.  After all, who wouldn’t want their very own machine personal assistant?

While not everything can be machine-solvable, it is important to have a culture where people embrace the change.

Some organizations decide to partner with process and automation consultants to help them on their entire change journey, from defining the roadmap to identifying processes for automation to creating the business case and delivering success.

Regardless of what approach your enterprise takes, make plans now to invest in automation.  Failing to take action to take the plunge into automation can cost a company more in the long run.  Overcoming the fear factor is key to getting started and reaping the many benefits of automation.

Ultimately, embracing the change necessary to become a digital-first organization can derive critical benefits that allow your organization to thrive and grow.