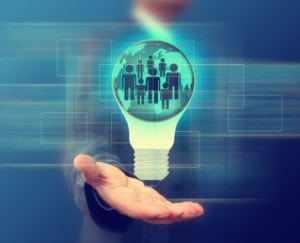 If you’re having a hard time filling that analytics, AI or IoT position, you’re not alone. Salary demands, a shallow talent pool and a lack of company coolness makes hiring a challenge (includes infographic).

Real-time and streaming analytics, artificial intelligence, IoT and other emerging technologies are changing the way business is done. And while digital disruption is great in theory, in practice the challenge, as most CIOs know, is finding the talent with the skills in those categories.

A recent Robert Half Technology survey of 2,500 CIOs in 25 U.S. metropolitan areas confirms what you probably already thought: It’s a job-seekers market and employers face three major hurdles. (see infographic at the end of this article for a snapshot of the study.)

Being able to meet the salary demands of the best candidates was cited by 44 percent of the CIOs surveyed. And if even if you can afford them, you must find them first — and not being able to find enough qualified candidates was listed by 33 percent of respondents. And, lastly, in the age of cool startups and high-paying, perk-offering companies such as Google and Facebook, being seen an employer of choice was viewed as a hurdle by 21 percent of respondents.

The Robert Half Technology research also found that it takes an average of four-and-a-half weeks to fill a staff-level IT role, and 41 percent of technology leaders said their hiring process takes longer than they would like.

Candidates agree. When Robert Half Technology surveyed tech workers a year ago, it discovered that candidates think that the most frustrating part of the job search is the long post-interview wait to hear if they got the job, according to 57 percent of workers. When asked how long they are willing to wait for a status update from an employer before losing interest in the role, 69 percent of workers said up to two weeks.

Professionals in fields such as cybersecurity and big data can receive four or more offers within a week, according to Robert Half Technology.  If a job seeker has several options, he or she will often choose the organization that shows the most interest and is the best organized.

“Don’t let a long and complicated hiring process or lower-than-market compensation package leave an unfavorable impression with a job seeker,” said John Reed, senior executive director of Robert Half Technology. “Keep the experience positive by presenting a competitive salary and moving quickly to make an offer.”

To help you make your hiring process as efficient as possible, Robert Half Technology offers these five tips: