Home / Analytics / Why You May Want a Career in Data Science 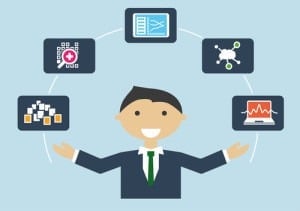 Data scientists are in high demand and draw big salaries. Here are some stats on the hot field as well as an infographic that offers a snapshot of the profession.

Data scientists are the renaissance men and women of business technology. They need to be equally skilled in math, programming and computer science, and their industry domain.

For these reasons, they are also highly sought after. By 2018, McKinsey predicts, the United States alone could face a shortage of 140,000 to 190,000 people with “deep analytical skills.”

Also, high are the requirements to land a data science job. In fact, ITCareerFinder, calls the education requirements the toughest among all IT jobs — about 40 percent of data scientist positions require an advanced degree, such as a master’s degree, MBA or PhD, according to the careers site.  The 60 percent of companies that are willing to hire data scientists who have undergraduate degrees look for backgrounds in computer science, math, statistics, economics, engineering and hard sciences such as physics, chemistry, biology, astronomy and geology.

But you better hurry. Gartner predicts that 2020 more than 40 percent of data science tasks will be automated. This will result in the rise of what Gartner calls “citizen data scientists,” someone who doesn’t work in the field of statistics and analytics but who creates or generates models that use diagnostic analytics or predictive and prescriptive analytics.

Data science: Get the picture

Data about the data science profession abounds. For a good one-stop view of the field, Simplilearn, a provider of certification training courses, captured in the infographic below why you may want a data science career.

[ Related: What Does a Data Scientist Really Do? ]

It digs into some of the elements that encompass this in-demand profession. In addition to demand and compensation, it highlights what it describes as the six types of data scientists: Statistician, mathematician, data engineer, actuarial scientist, business analytics practitioner, and software programming analyst.

It also looks at how Apple, Amazon and Uber apply data science and why even experience data scientists should investigate certifications and training.