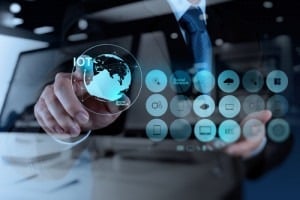 With the majority of IoT projects failing, executives need to understand the reasoning behind an IoT deployment first before embarking on one.

In recent times, embracing the Internet of Things became the sexy thing to do, and everybody wanted in on the action — or to be able to say they are in on the action.  Lately, however, the attitude has shifted to one of “let’s roll up our sleeves and figure out how to make this stuff work” thinking. It’s time for IoT to show it’s value.

That’s the takeaway from a recent compendium released by DZone, which includes a survey of 522 software developers as well as interviews with executives. As enterprises start applying IoT to their most pressing use cases, interest in IoT-based development is accelerating in some industries, while plateauing in others.

Overall, at least over the past 12 months, DZone’s developer survey showed a 9% drop in respondents who said they are interested in IoT projects within their organization. In addition, the percentage seeing IoT relevant to their organizations, 60%, is down somewhat from 65%. The survey report’s authors note that the percentage seeing the relevance in IoT dropped with the software and financial sectors, while those with the telecom and healthcare gave higher marks for IoT relevance over the past year.

These results point to a refocusing of IoT efforts, likely concentrating on specific functions and use cases, versus visions of blanket adoption of IoT approaches. There also continues to be great concern about IoT device security, expressed by 71% of developers.  Another 48% cited concerns with “unpredictable physical environments.”

Like any tech deployment, IoT needs a business case

To shed more light on this sea change in IoT, the study’s authors also spoke with executives in the field, observing a more laser-like focus on business value, versus “shiny object” syndrome. Among issues mentioned by executives is a “lack of talent and vision, as well as organizations’ and individuals’ failure to identify the problem they are attempting to solve. There’s an unrealized complexity of deploying IoT solutions and a lack of skills to do so. There’s a general lack of awareness about the impact IoT can have and what problems it can solve, as well as a lack of understanding of what technologies to use.”

The second most frequently mentioned concern cited by business leaders is a “failure to identify the specific business need or problem to solve,” as well as lack of “focus on the business value being created for customers.” Taking a product “and connecting it increases costs,” they note.

Some enterprises get it, however. For example, some executives within the healthcare, manufacturing, oil and gas, and automotive sectors note they have highly focused use cases for IoT. “The most frequent applications are incident prevention, predictive maintenance, optimization, and autonomy,” the DZone authors says. “Several respondents are working with medical device manufacturers to perform preventive and predictive maintenance on MRI machines that are also aggregating images and analyzing them with ML to prevent and predict diseases, as well as recommend treatments.”