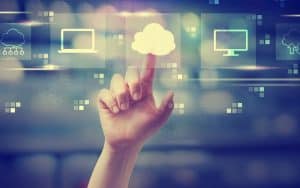 Cloud computing providers have all signaled slower growth in the next few quarters, as enterprise customers reduce their cloud spend.

All three of the big cloud computing providers have warned of a slowdown in revenue growth, which has been blamed on enterprise customers pausing or decreasing their cloud spend to meet cost cutting initiatives necessary in a slowing economy.

Amazon Web Services reported $20.5 billion revenue in Q3 2022, up 27.5 percent year-on-year. This is still an impressive growth figure for a market leader in a maturing market, but is the lowest year-on-year growth figure and down six percent on the previous quarter’s growth.

See Also: Financial Services “Would Benefit Most” From Cloud Disruption

“The continuing impacts of broad-scale inflation, heightened fuel prices and rising energy costs have impacted our sales growth as consumers assess their purchasing power and organizations of all sizes evaluate their technology and advertising spend,” said Amazon chief financial officer Brian Olsavsky on a conference call with analysts.

Microsoft reported $20.3 billion revenue for its Intelligent Cloud division, which includes Azure. It has closed the gap on AWS in terms of revenue, although AWS is still the market leader in usage. This is due to Microsoft’s Intelligent Cloud also including other enterprise services.

Azure is still growing at a higher rate than AWS, at 42 percent in Q3 2022. Microsoft said it would decrease its growth by five percentage points in Q4 2022.

Alphabet reported cloud revenues of $6.8 billion in Q3 2022, up 37 percent year-on-year. That is down by eight percentage points on the previous year, and Alphabet also sees this growth figure decreasing in the next few quarters as its customers shift from growth to cost saving.

IBM, Alibaba, and Oracle also posted smaller gains than in the previous year, adding further evidence that it is not one organization suffering from a downturn but the entire market.

In this low growth economy, which is affecting North America and Europe with inflation and higher energy prices, business leaders will be keen to see costs reduce, especially in areas of over-investment over the past few years. Cloud computing may be one of those areas.