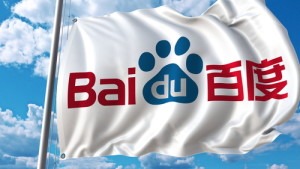 China search giant Baidu plans to leverage its know-how in AI to amp up its competitive dynamics in the race to develop cloud services.

Baidu, widely considered China’s Google, is preparing itself for the cloud wars as that business has shifted from battling price for basic computing and storage services, and it hopes to leverage its own machine learning capabilities.

Baidu president Zhang Yanqin claims that AI and big data analysis capabilities will help “businesses address real problems.” During an interview with the South China Morning Post, he notes that “We don’t aim for the biggest, but we aim to provide corporate users with the most intelligent cloud.”

The statements from the Beijing-based search giant remains the smallest player among China’s tech trilogy, Baidu, Alibaba, and Tencent (BAT). According to a research note by Deutsche Bank, its cloud revenue is expected to reach $624 billion by the year 2020. By comparison, this is roughly around 10 percent of Alibaba’s same forecast, the parent company of the Post, as well as 14 percent of Tencent’s forecast.

The president stated that “for cloud services, we don’t focus too much on revenue, but on the products and services themselves,” also mentioning that “the market potential will be multiple times bigger than the IT industry.”

Declining to comment on his competitors, Zhang states that Baidu has no interest in taking part in a “price war.” Alternatively, he hopes to achieve value through AI and big data in the second phase of the cloud operation.

“We want to have core advantages when moving into industry-specific solutions,” he said. Currently, Baidu cloud focuses on four major applications: finance, media, internet, and marketing.

According to Zhang, the company has over 100,000 corporate users, most of which are paid. He disclosed that “they are willing to pay in exchange for more secure and sustainable cloud services,” noting that big companies prefer tailor-made services which include small and medium-sized firms seeking a platform for technology capabilities.