Home / Artificial intelligence technologies / Is Wireless Charging Critical to the Future of Real-Time? 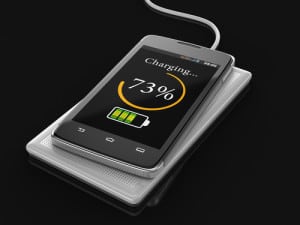 Discussions on real-time analytics usually involve compute capacity at the edge and data transmission networks like 5G. But energy needs are also critical.

This technology is clearly revolutionary in terms of any apparatus, such as medical devices since it reduces the risk of removing heart monitors and other such devices for charging purposes.This technology will be just as revolutionary for the transportation industry as it is for the rest of the economy.

People have been developing wireless charging for some time. The U.S. Federal Communications Commission (FCC) approved a certification for powering devices at a distance to the San Jose-based startup Energous last December. Presently, the technology only extends to about a meter (3ft), but Energous plans to extend that distance to about 3 meters (15ft) in the near future. There are already wireless chargers for smart devices such as smartphones and smartwatches. Some companies such as Powerlight use high-intensity light to charge devices over large distances.

See also: How electric cars will fill up on the fly

In fact, Powerlight is already doing this for corporations and the U.S. military. The company boasts this technology allows them to shape, direct, and beam light to a specialized solar cell receiver which converts the light back to DC power, allowing them to power objects at high altitudes and deep underwater. They boast this will eliminate service interruptions, end the need to attach objects to chargers or batteries, and will eliminate the need to charge through copper wires. Right now they are marketing the charging solution as a way to keep remote transmitters, underwater robots, and aerial robots charged without attaching them to the grid or weighing them down with fuel.

However, while this technology may be capable of powering small devices such as traffic lights or traffic cameras, one should not expect Powerlight to charge “high-charge” devices such as vehicles anytime soon.

There are several companies working on wireless vehicle charging solutions.  Qualcomm is developing roads and parking spots that can charge vehicles (as I mentioned in an earlier article). These roads and parking spaces would allow small batteries to replace the current ones for short trips. PowerbyProxi, which was recently purchased by Apple, is developing its own wireless charging solutions through magnetic resonance (or Inductive Power Transfer) which they say can charge medical devices and electric vehicles.

The benefits are obvious; objects that need to be hermetically sealed will have fewer wires and thus be easier to seal. There will be less risk of sparks and less maintenance will be required since no one has to repair wire parts such as slip rings. At this point,  most of these solutions are still in development (aside from the powermats which charge devices that are on top of them), but they should be more prevalent over the next few years.

There are several issues we should consider with these products. These solutions will take time to be developed. Competition will be stiff as traditional charging and fueling solutions will be cheaper (at first) and well-tested. Even when the technology is perfected and becomes affordable, it will take years for it to be accepted. Any wireless charging solution needs to be economically sound as well as effective.

Bell Labs invented the first “practical” solar panels in 1954, but their usage is still impaired due to their inefficiency in some cases (you cannot charge a car with a 50 kiloWatt charge in a single day with sunlight alone) and relative expense on the other. In fact, some say solar power will not become a true threat to “conventional” power until 2020, as long as the price of solar technology continues to decline. To a degree the question is not when will wireless charging be realized; it is when will the average person be able to afford it? Regardless, such questions impact the speed at which the technology is developed and popularized.

There are other barriers to this technology. The charging transmitter will have to be charged itself, so one either needs to attach it to a constant power source or a battery. There is also a unique problem: how would an energy utility charge people for wireless charging? When one charges through a cable, one can charge by the hour or through one’s utility bill. However, with wireless charging, one could theoretically put one’s device close to the field and charge it without paying a cent. One would have to find a way to minimize free riding for utilities to make money from these devices.

One must also ask how much energy can be distributed at once. Energous can only charge at one meter at this time, but the company claims it can distribute 4 watts per device (to up to four devices) at 1.5 meters, 2 watts between 1.5 and 3 meters, and so on and so forth.

If Energous can get it to work, then that means the energy transmitters can charge its receivers at the same rate as a wall charger within 1.5m and a USB port within 3m. Ignoring the question as to whether Energous can hit those numbers, how is the energy distributed? Which receivers get priority? The power should continue to be distributed even if the receiver is in motion. Does the transmitter itself have to be stationary?

Will people buy into this tech?

Finally, people will not immediately buy into this technology. Even when the technology is finally perfected, it will take years for it to be miniaturized for popular use. There will be people who will be afraid of the “electronic waves” that come from the transmitters. People still worry that microwave and cellphone radiation can irradiate you, and wireless charging technology will elicit the same worries. Wireless charging companies will also be challenged by the traditional charging industry, and traditional firms will seek to defang the threat, just as the telegraph company Western Union once tried to nip a young Bell company in the bud. Even if it all works perfectly, it can take a while- but it will be worth it.

Once the technology is perfected, the possibilities are endless. Imagine a road where cars drive for days at a time without having to stop for refueling and where factories buzzing with dozens of machines and robots that never stop to recharge.

Picture a future where you do not have to hunt for plugs to charge your phone while you are at an airport. Finally, fantasize about a future where doctors will not have to perform extra surgeries replace a pacemaker’s battery, saving lives in the process. While most people may not see batteries and recharging as a sexy subject, improving the technology will improve the economy and save lives.