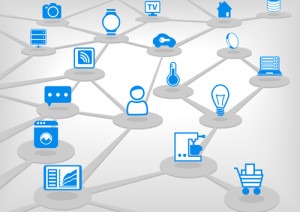 The expansion will include a new framework for IoT security for connected devices.

Digital security company Gemalto and identity and secure transaction technology provider Entrust Datacard announced they are expanding their partnership to include a secure framework for IoT-connected devices.

This expansion will give customers the ability to use Entrust Datacard ioTrust Security Solutions with Gemalto’s SafeNet Data Protection On Demand to establish and secure identities across their IoT infrastructures.

According to a recent study by Gemalto, 90% of consumers said they don’t have confidence in IoT security. Furthermore, the study found that only 50% of companies have adopted a “security by design” approach, and more than half of consumers have concerns about their IoT devices being hacked or their data stolen.

“Organizations are still struggling to incorporate security into IOT initiatives and keep pace with the broader IoT objectives of delivering innovative services and more efficient operations. While we continue to work with the industry to mature best practices and standards, we’ve also incorporated these learnings into our solutions,” said Josh Jabs, vice president and GM of IoT solutions for Entrust Datacard. “Extending our long-standing relationship with Gemalto to IOT made sense as together we make critical elements of IoT security easier to adopt.”

Customers that adopt Entrust Datacard’s ioTrust Security Solution will get an integrated, cloud-based solution that will allow them to identify IoT devices through all stages of manufacturing and the operational lifecycle and secure their data within IoT infrastructure. Gemalto’s SafeNet Data Protection On Demand will allow enterprises to protect IoT devices and data with cloud-based hardware security modules and encryption, key brokering and key vaulting services. They can also choose to deploy on-premise versions of both company’s offerings as well.

We are pleased that many security providers are now coming together to integrate solutions and employ security across the entire IoT ecosystem,” said Todd Moore, senior vice president of Encryption Products at Gemalto. “We’re moving our strong partnership with Entrust Datacard into a new era – securing the IoT, where encryption, cryptography, identity issuance and access management are a full-stack solution and not individual components. This way, security is built-in and no longer an after-thought or a challenge. It becomes invisible and just happens.”