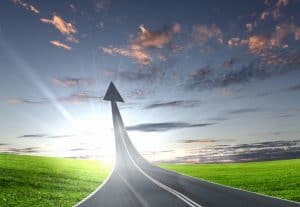 Low-code platforms will usher in the future of work, one that’s democratic, efficient, and automated.

While low-code automation isn’t a new concept, it’s gained renewed hype amid the pandemic by enabling institutions to quickly create and scale solutions to the most pressing problems. For example, healthcare organizations leveraged low-code software robots to reduce wait times at drive-up COVID-19 testing sites and automate test results reporting on site and in medical facilities. As a result, medical staff have had more time to spend with patients instead of getting bogged down by clerical work.

With the power to help organizations operate more strategically and maximize their teams’ potential, low-code automation stands at the forefront of software development. Gartner predicts that low-code application building will be responsible for more than 65% of all app development functions by 2024, with about 66% of big companies using a minimum of four-low code platforms.

However, despite the buzz around the innovation, it can be challenging to understand what exactly makes a platform low code as well as how to deploy it once you find the right vendor. Let’s cut through the hype and properly define low-code platforms and the different ways organizations can use them to democratize technology across their business.

In our recent survey of global office workers, 63% of respondents view automation skills as critical in their career development. As automation becomes increasingly common in the workplace, employees across departments are recognizing the value in automating part of their workflows to unlock greater creativity and strategic thinking.

Historically, access to automation and application development has resided with technology experts in IT and software engineering, resulting in a bottleneck when colleagues across the organization put in IT requests that they are unable to solve for themselves. Consequently, IT’s bandwidth is often too limited to respond to every ticket in a timely manner. Low code eliminates that bottleneck by enabling business users to take part in software development themselves, regardless of their role or their level of technical training.

As its name suggests, low-code automation requires minimal (and in some cases, zero) coding for users to build their own applications. Instead of complex coding, a true low-code platform leverages robotic process automation (RPA) to make the connections between an organization’s tech systems. Through a customizable and intuitive interface, employees can adapt these pre-designed automations to serve their specific needs. Low-code automation extends the practice of software development to less technically inclined individuals so that they can easily build web applications—complex ones, at that—without IT intervention. As a result, employees have the agency to make their own workloads more manageable. They can program automations like logging customer forms into the company’s database—an activity that can eat up hours of employees’ days—or flagging high-value emails based on defined key phrases contained in them so that the employee knows to respond sooner and increase their productivity.

When employees have the power to do their jobs more efficiently, customers also reap benefits. For example, marketing teams can use low-code solutions to monitor engagements on their brands’ social media channels, queuing up comments for them to respond to instead of switching between platforms to read every single one. As social media continues to evolve, marketers can immediately build the automated functionalities they need to keep up with customer activity instead of waiting for IT’s assistance.

Low-code platforms with democratic access also solves the challenges of remote work, in which everyone’s business needs are becoming increasingly personalized. Rather than try to communicate their automation wishes to an IT representative over the phone or an email, employees can design their own in the convenience of their homes.

It maximizes IT teams’ potential

Eliminating the need for an ivory tower of automation professionals doesn’t eliminate the need for IT and developer teams themselves, though. Instead, it frees them up to focus on more strategic work that truly requires their expertise and moves the company forward, versus bogging them down building applications for their colleagues. While enhancing their colleagues’ productivity through automation applications is valuable, there are often much more intensive end-to-end processes in need of their attention that will deliver more sizable outcomes to the business.

To ensure the automations employees are creating abide by their organizations’ compliancy standards, employees can submit them to an established center of excellence (CoE) of developers to review, which requires far less time than if the developers were to build the automation themselves. If the developers see the automation has value for others within the business, they can distribute it to staff —accelerating the use of automation to increase productivity at scale. This flow of creation starts to fuel what is known as the automation flywheel: the more familiar employees become with automation, the more inspired they are to continue creating applications, thus lifting the responsibility off IT teams and developers.

As the pandemic has shown, business circumstances can change seemingly overnight, underscoring the need for digital tools like low-code platforms that facilitate agility. Especially at the start of the pandemic, technical problems seemed to outpace solutions as workforces were re-distributed, which created an overwhelming burden for IT teams to remedy. Organizations need to make sure they’re equipped to overcome similar business upsets going forward.

The same level of customization that enables employees to build automations on their own is what will also extend an organization’s investment in automation into the long term. With low-code solutions, employees can continually be evolving their applications to address fluctuating business needs instead of letting them expire on their value.

There is a lot of hype around low-code automation these days—and for good reason. Low-code platforms are ushering in the future of work, one that’s democratic, efficient, and automated. Adoption of low-code tools increases business output on all sides, from IT teams and software developers pushing out the latest innovative technology to employees in non-technical roles in need of a productivity boost to support their workloads. It takes the responsibility of developing lower-level applications from IT teams and hands it to employees who are already craving the opportunity to work more with automation. The automated enterprise is an empowered one, and low code is the key to unlocking it.

Palak Kadakia is VP of Product Management at UiPath with a passion for building innovative products and teams. Focused on building designing intuitive customer experiences, Palak leads the engagement platform for RPA which includes a low-code app development platform, human in the loop, conversational AI and data services. Prior to UiPath, Palak was a product management leader at Microsoft.