Fiat Chrysler is the second automaker to be accused of producing faulty emissions data.

Statistics can be used to prove anything, and so can IoT analytics.

Yet another car maker has found themselves in the middle of an emissions scandal. On Jan 13, the Environmental Protection Agency accused Chrysler of installing software on their diesel trucks that was specifically designed to cheat emissions tests. The affected vehicles include the 2014-2016 Dodge Ram 1500 pickup trucks and Jeep Grand Cherokees with 3.0-liter engines. Chrysler installed the software on roughly 104,000 vehicles, the EPA estimated.

In September 2015, Volkswagen was forced to recall close to 500,000 VW and Audi cars in the United States after the EPA found models with Type EA189 diesel engines had been fitted with  a device designed to help them cheat emissions tests by reducing the production of nitrogen oxides during testing conditions. The scandal resulted in $20 billion in fines and criminal charges for seven employees.

“Failing to disclose software that affects emissions in a vehicle’s engine is a serious violation of the law, which can result in harmful pollution in the air we breathe,” Cynthia Giles, assistant administrator for EPA’s Office of Enforcement and Compliance Assurance, said in a statement.

The EPA stopped short of calling the Chrysler software a “defeat device,” which is illegal, but said they are waiting for an explanation from the company. Chrysler has denied the allegations but said they plan to make changes to their software to satisfy the EPA’s concerns. Their stock plummeted 18 percent after the news.

Fiat Chrysler “intends to work with the incoming administration to present its case and resolve this matter fairly and equitably and to assure the EPA and FCA U.S. customers that the company’s diesel-powered vehicles meet all applicable regulatory requirements,” the company said in a statement. 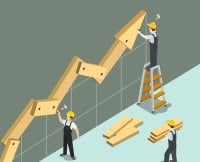 Data veracity with the IoT

Volkswagen’s actions (and if found guilty, Chrysler’s) have served to cast doubt on the veracity of the information collected and analyzed by IoT sensors and devices.

“By rigging the engines to behave in this manner VW has cast doubt in the validity (or veracity, as it is known in Big Data circles) of the information generated by sensors and connected devices,” wrote Forbes contributor Theo Priestley. “What Volkswagen has brought to light is that we are far from being able to trust the validity of the data being generated in the first place. This goes well beyond whether the IOT industry can secure the data, agree standards, or indeed guarantee that consumer privacy rights are upheld.”

The risk of data manipulation, such as that which VW was heavily punished for, is more of risk than hacking, he said. What’s the answer? Priestly believes it lies in open data (without proprietary platforms), IoT interoperability, and the security of blockchain. (Related: “Can blockchain help secure the Internet of Things?”).

Blockchain can only be updated by consensus of a majority of the participants in the system, and allows those users to remain anonymous to protect their privacy. Using blockchain will create an audit trail that makes accountability seamless and automatic. Is he right? Only time will tell.