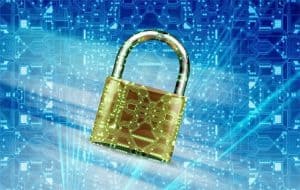 Companies must embrace transparency, accountability, and traceability to maintain a competitive edge and the faith and loyalty of their customer base.

The digital world is no stranger to change. Every month of every year brings with it new innovations, new approaches to data, and bold new ideas that build upon the impossibly vast foundation laid down across the past few decades.

However, the changes we’re starting to see arise in 2020 have as much to do with public and private sphere concerns, attitudes, and reactions to the digital world as they do with the unstoppable growth of its influence on our daily lives.

The digital world and its inhabitants are beginning to wake up and become more acclimated to the idea that Big Data breeds Big Power and eventually will experience Big Regulation, like it or not. Industries, enterprises, and especially tech giants are coming to grips with the idea of not only the power involved with holding all that data but the responsibility as well.

Lives Lived Through a Screen

Since the turn of the millennium, the internet has grown into an all-encompassing behemoth that has long since surpassed its pioneers’ wildest expectations. The most recent statistics claim that 4.5 billion people log onto the internet on a daily basis. That’s an eye-watering 1200% Compound Annual Growth Rate over the past twenty years.

Driven by heightened accessibility and greater affordability, the internet has found its way into every aspect of our lives. We’ve grown perhaps cavalier about sharing our most intimate personal information in the process. Our home computers, smartphones, and wearable devices stay hungry for the data we feed its “free” services, and increasingly unconcerned about the uses to which the largest of these companies known by the acronym FAANG (Facebook, Amazon, Apple, Netflix, and Google) put our data.

Is It Time to Rein in The Data Titans?

Since time immemorial, business transactions have been predicated on a fairly transparent, easily-understood basis. Customers understand that they pay for a product, which in turn covers the costs of the business owner, and provides for a profit at the same time. The internet doesn’t work that way, however.

Upending this time-honored model, consumers were, from the beginning, wary of handing over cash for services. The businesses behind online services, however, still needed to cover costs and turn a profit. The way around this conundrum has been turned into nothing short of an art form by the now fully-emerged data titans of the 21st century.

The monetization of data – that is, gaining profit through the information the public willingly presents – has given rise to a debate over online privacy that is nowhere near resolution. While data-driven innovations such as blockchain have increased transparency and trustworthiness, there’s no getting away from the fact that the FAANG members and others still very much run the show on their own terms.

All in This Together?

Data – your data, my data, the data of over 60% of the world’s population – has real value. So much so, in fact, that the idiom ‘data is the new oil’ has become part of popular modern parlance. The problem? Just like with oil, we’ve become dependent on the engines which use it up, and our addiction to free services has led us into a strange place where we completely ignore the dangers presented by the companies that harvest our data and rely upon our compliance for further growth.

The FAANG platforms exploded into the public consciousness in the early 2000s, but nobody back then could have predicted just how great a role they’d play in all of our lives. The adoption of the technology and interconnectivity they offered was at an astonishing rate. In recent years, as the risks they pose and ethical quandaries they present has become public knowledge, it seems that little has changed. Today, even the most egregious security breaches barely make an impression on their global audience.

Facebook has become a standard-bearer of sorts for the risks of data harvesting and abuse. Associated with voter influence and political manipulation, and creating echo chambers and bubbles, Facebook and other giant social media (Twitter, we’re looking at you) platforms have assumed the mantle of an independent nation or at least international policymaker than mere social networks.

The time has never been riper for change. We’re increasingly seeing calls for regulation and intervention that can counter-balance the power these organizations possess. Governments are getting serious about how to hold these tech monoliths accountable for how they collect and use data. There’s growing concern among public sectors regarding how these techniques affect personal privacy. Some countries (namely China and Russia) have paid close attention to how tech giants harvest and store data and have put the same approach to work to further political agendas.

This public discourse on the topic has yielded the arrival of new terms and ideas, including concepts such as data sovereignty as well as how certain laws might apply depending on exactly where the data resides and the method by which it was collected. In essence, data might be illegally or unethically collated in one jurisdiction but moved to another… where there is no such law in place or practice.

The Digital Transformation of Industries

Fin-Tech. Ed-Tech. Agri-Tech. Health-Tech. This omnipresent suffix powerfully and potently proves that industries of all shapes and sizes are undergoing a digital transformation. Business models are reinventing themselves for a new age, one that will be driven by harvested data.

As the public becomes ever warier regarding data collection, and governments begin to legislate regulations to curb abuses, expect confusion. After all, businesses will still be compelled to gather data, though they must take care not to break laws in the process.

It might take a while, but companies will be forced to embrace and master the trio of transparency, accountability, and traceability in order to not only maintain a competitive edge but also maintain the faith and loyalty of their customer base. Power is never without responsibility, and a time of reckoning is upon those who want to maintain the status quo.