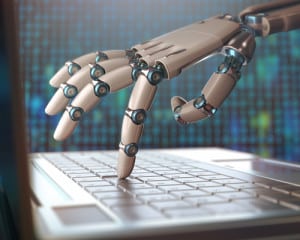 In the wake of the economic downturn brought on by COVID-19, there is more acceptance of AI to streamline costs and increase profits and revenues.

A global survey of 2,737 information technology and line-of-business executives conducted by Deloitte suggests that while organizations have become more cautious about artificial intelligence (AI), a significant gap is already starting to emerge between early adopters and laggards.

Nearly two-thirds of respondents (61%) say AI will substantially transform their industry in the next three years. More than half (53%) also note they have spent over $20 million during the past year on AI technologies and the talent required to master them, with 47% claiming to have a high level of skill around selecting AI technologies and suppliers. Less than half (45%) also claim they have a high level of skill around integrating AI technology into their existing IT environment.

However, confidence in the success of AI projects is not quite as high. Well over half the respondents (56%) said their organization is slowing adoption of AI technologies because of the emerging risks, and the same proportion believe that negative public perceptions will slow or stop adoption of some AI technologies. Well over half (57%) also have “major” or “extreme” worries about how new and changing regulations could impact their AI initiatives. Other major areas of concern include cybersecurity, AI failures, and misuse of personal data.

More than half of adopters (57%) also report “major” or “extreme” concerns about potential risks for their AI initiatives. Only four in 10 adopters rate their organization as “fully prepared” to address them.

The Deloitte survey classifies a little more than a quarter of respondents (27%) as AI Starters that are just starting to dip their toes into AI, so the preponderance of survey respondents have a significant amount of AI experience.

In the wake of the economic downturn brought on by the COVID-19 pandemic there is more acceptance of AI as a means to streamline costs and increase profits and revenues, says Jeff Loucks, executive director of Deloitte’s Center for Technology, Media, & Telecommunications. Organizations realize they will not be able to remain competitive without investing in AI, adds Loucks.

Despite well-documented concerns, the earlier organizations wrestle with these issues the more likely it is the organizations will financially benefit from these investments, adds Loucks.

As is often the case with any emerging technology, AI is clearly a double-edged sword. On one side, it can clearly make organizations more efficient. On the other side, no one can say with certainty what impact AI might have on job roles within any organization.

In fact, Loucks notes there’s also been a significant increase in the number of organizations working through the ethical dilemmas that often arise when employing AI against customer data.

In the meantime, there seems to be a greater appreciation for what’s required to build, train, deploy, manage, update and secure AI models. Not surprisingly, more organizations are preceding with caution. It’s not so much now a question of whether to apply AI whenever possible as much as it is to make sure AI is applied with care and precision. After all, it’s one thing to be misinformed about a single transaction or customer engagement. Being wrong about thousands of transactions or customer engagements at the same time, however, can easily wreck any business.