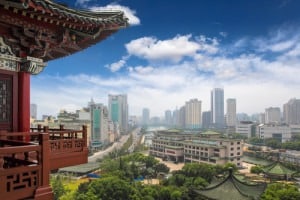 Cloud management platform DivvyCloud announced on Tuesday support for Alibaba Cloud, the fastest growing of the five major cloud platforms and the only one to originate in China.

The integration allows DivvyCloud customers to have continuous security governance inside Alibaba Cloud. The software identifies risks and threats to customers, who can set automated responses to tackle the issues.

“A number of our customers are multi-nationals who are expanding their presence in China to capture the enormous market there. To help tap into this market, companies have embraced Alibaba Cloud. In response, our latest product release also embraces Alibaba Cloud and creates parity within our platform for Alibaba Cloud with other major public cloud providers,” said Brian Johnson, CEO of DivvyCloud.

“Our goal is to continually expand the capabilities of our product to help customers like General Electric, Discovery Communications, and Fannie Mae mitigate security and compliance risk by providing virtual guardrails for the rapidly changing world of public cloud.”

The Chinese e-commerce giant is winning over a lot of customers in China and multinationals wanting to use cloud infrastructure in China. The big three – AWS, Azure, and GCP – all work through third-party suppliers, as a non-Chinese company cannot provide first-party cloud services in the country, making it hard for them to compete on price as they would in the United States or Europe.