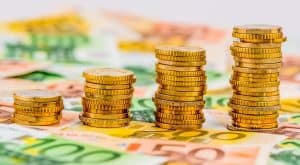 In a world where compute costs are being driven down by hyperscale cloud, do the capabilities of AI mean compute demand will still outstrip supply?

While advances in artificial intelligence (AI) have been made at a dizzying rate lately it’s not likely most organizations will be able to affordably store the vast quantities of data required to drive practical usage of AI at scale any time soon.

Tom Koulopoulos, chairman of the Delphi Group, a think tank, and co-author of “The Bottomless Cloud” with David Friend, CEO of Wasabi, a provider of cloud storage services, says at current levels of cloud storage pricing it would cost somewhere between $50,000 to $3 million a year to house the 1 to 20TB of data a single autonomous car would generate every hour.

There may, of course, come a day when cloud service providers reduce the cost of cloud storage that is already significantly inflated. Wasabi, for example, is trying to accelerate the rate at which cloud storage pricing will decline by offering cloud storage for one-fifth the cost that the company claims is six times faster than what hyperscale cloud service providers make available today. But Koulopoulus says when how financially dependent Amazon is now on its Amazon Web Services (AWS) subsidiary is considered, it becomes clear how much cloud storage subsidizes the rest of the company.

“AWS funds Amazon,” says Koulopoulus. “All the profitability to the bottom line comes from AWS.”

Unfortunately, it will be at least five years or more before there’s enough competitive pressure on AWS, Microsoft and Google to drive down the cost of cloud storage to the point where AI models could be affordably deployed, estimates Koulopoulus. Even then, it could be ten years before cloud storage pricing approaches anywhere near being affordable enough to be employed across AI models at scale, adds Koulopoulus.

Of course, not all the data being collected needs to be stored forever. But Koulopoulus says even if you assume the amount of data that needs to be stored by any organization will only doubles every year, the cost of storage from the top three cloud providers is only going to drop on average 30 percent per year. The result is a continuation of a classic scarcity model that will result in organizations remaining highly selective about what data they choose to store where for how long a time period regardless of how many AI models they might want to build, says Koulopoulos.

Koulopoulus even goes so far as to suggest that scarcity issue belies the whole notion of data becoming the new oil. Rather than being a natural resource that is widely available to all, the amount of data any organization will consume will continue to be constrained. In fact, Koulopoulus notes that while there may be more data than ever, not all data is of equal value to everyone concerned. In comparison, the price of a barrel of oil as a commodity is a relative constant for everyone on any given day.

Naturally, advances in underlying storage technology may one day alter the current cloud economic equation for AI. But at present there is no major advance on the brink of being widely deployed, so even if there was a major leap forward it would still take at least five years to get that technology widely deployed.

Give all those factors Kouploulous says most organizations will be better served by analyzing events in real-time to effect outcomes in the moment versus trying to apply machine and deep learning algorithms to drive a predictive analytics application that is not likely to be economically sustainable. Real-time analytics is much easier and affordable to apply to a smaller amount of data in aggregate. Unfortunately, predictive analytics fueled by AI technologies is generating the most excitement even though real-time analytics is much more likely to drive a relevant business outcome, notes Kouploulous.

See also: Report says most companies are putting critical apps in the cloud

IT vendors in general and cloud service providers especially are naturally excited about AI in all its forms. After all, anything that potentially consumes massive amounts of IT infrastructure can only be good for business. But organizations would be well advised to consider the limitations of AI. It may be feasible to apply AI to a narrow range of tasks that are consistently performed in the same way every time. But once an organization starts to contemplate the cost of applying AI to a massive amount of data generated by a complex system that may number in the millions, there are range of IT cost issues that make realizing that dream any time soon very unlikely.