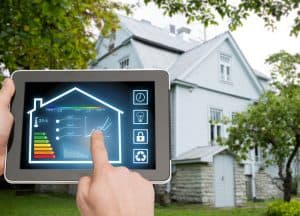 Smart thermostats have been around for a while, but researchers at Swiss federal laboratory Empa have gone one step further, adding machine learning.

Smart thermostats have been around for a while, but researchers at Swiss federal laboratory Empa have gone one step further, adding machine learning to the heating control systems.

Initial results, (which will be published along with other findings next month), are promising, with the AI control system providing greater comfort and lower energy costs. It uses data collected from the past year alongside current weather conditions, to provide similar pre-set specifications while using less energy.

In tests, the control system used around 25 percent less energy than a standard thermostat. It did so by recognizing when the sun would be shining through windows and lowering the temperature beforehand.

The current test pits the AI system in one room against a conventional thermostat. The team wants to expand testing to include more rooms and real-world environments. “We have planned a larger field test in a building with 60 apartments,” said project leader Felix Bünning. “We will equip four of these apartments with our intelligent heating and cooling control system.”

Corporate buildings and campuses already have heat management systems that are programmed to be energy efficient, but this smart system isn’t available to small businesses and households. The researchers believe with AI, the price may drop to an affordable level for all.

“I think that new controllers based on machine learning offer a huge opportunity,” said Bünning. “With this method, we can construct a good, energy-saving retrofit solution for existing heating systems using relatively simple means and the recorded data.”