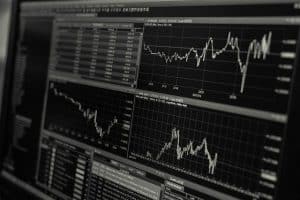 ﻿Access to just 50,000 high-wattage IoT devices could allow hackers to manipulate the market for profit.

At the recent Black Hat security conference, Georgia Institute of Technology researchers presented findings from their study of IoT botnets including how hackers could use them to disrupt energy markets.

Results indicate that hackers could manipulate high powered IoT botnets like smart thermostats, car chargers, and air conditioners to compromise any of the U.S.’s nine private energy markets. Hackers could deploy the botnet strategically to increase demand at certain times to force price fluctuations for profit or cause mass chaos.

Using publicly available data from the New York and California markets between May 2018 and May 201, researchers analyzed fluctuations in two markets:

“Our basic assumption is that we have access to a high-wattage IoT botnet,” says Tohid Shekari, a Ph.D. candidate at the Georgia Institute of Technology. “In our scenarios, attacker one is a market player; he’s basically trying to maximize his own profit. Attacker two is a nation-state actor who can cause financial damage to market players as part of a trade war or cold war. The basic part of either attack is to look at price-load sensitivity. If we change demand by 1 percent, how much is the price going to change as a result of that? You want to optimize the attack to maximize the gain or damage.”

Although more difficult than regular IoT botnets to acquire, hackers who use high powered botnets can reap substantial rewards. Researchers estimate that running an attack for three hours each day, for one hundred days, would yield a $24 million payoff.

With a focus on promoting prevention and defense before such cyberattacks occur, researchers recommend:

“It’s an example of how the threat landscape changes in unexpected ways,” says Beyah, who also co-founded the industrial-control security firm Fortiphyd Logic. “Who would have thought that my washing machine or stationary bike could be the foundation of a completely new type of attack?”