Home / Business Strategies / Eradicating the Stigma of Low-Code Among Developers 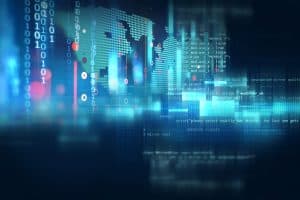 Low-code can enable developers to reclaim their time, focus on complex problems, and empower their non-technical coworkers with a self-service model.

By 2024, more than 65% of all app development will come from low code solutions. Despite the benefits, such as the potential to reduce development time by as much as 90%, parts of the developer community are still suspicious of low-code.

That said, the stigma of low code is starting to wane. On the one hand, developers understand that great tooling requires writing custom code. On the other hand, they are identifying more and more use cases where spending time on writing code from scratch may not be necessary.

Let’s look at the origins of low-code stigma and where things are heading today.

Why (some) developers are still resisting low-code

There are two common sentiments expressed across the developer community.

Sentiment 1: Low code is challenging to customize and scale:

One of the most common complaints low-code is the challenges associated with vendor lock-in. Low-code applications can be difficult to modify or adapt once locked.

By extension, developers also lament about the “black box” nature of low-code solutions. This comment from the ‘Low code vs. model-driven: are they the same?’ thread on Hacker News is revelatory:

“And ultimately, it slows down actual development because the low-code is a bad abstraction. Often hiding what’s happening in the actual code making it difficult to develop and debug.”

While both low-code and no-code tools typically have a visual builder and IDE, there are fundamental differences between the two. Still, many users equate them, insisting that the difference may only be semantic:

“They [low- and no-code] are the same if you ignore the VC-driven buzzword use of it…there are far more products that have nothing to do with developing applications being called low-code than there are actual development platforms.” (Low-code vs. model-driven: are they the same?, Hacker News)

And no-code is considered by some to be extreme:

“No-code solutions are like asking your user to communicate using pictographs. It’s possible, but language allows users to communicate in better detail faster.” (The “No code” Delusion, Hacker News)

However, the differences between low-code and no-code are, in fact, fundamental. While low-code reduces the amount of custom coding, no-code eliminates it altogether. Low-code is ideal for software engineers aiming to ship apps faster. No-code is a closed system mainly targeted at business users or hobbyists looking to develop something without needing help from developers.

More developers are starting to embrace the difference. They are beginning to understand that low-code can be highly beneficial for them for the right use cases.

Why developers are starting to love, not hate low code: Finding the right use cases

The sentiment for low-code is evolving. One sign of growing acceptance is that developers are recognizing that low-code “isn’t really new.”

“Yeah, it’s not really new. A few years back, I interviewed at a startup that was close to two years in, and they described their app as ‘the most overloaded Drupal installation in existence’ and were in the middle of migrating it to Rails.” (Is Low Code The Future?…, Hacker News)

Most importantly, with demands on engineering at an all-time high, developers are starting to embrace the pragmatics of low-code solutions.

“Good software engineering is all about managing what subset of the project should be an abstraction and what part of it needs to be a custom data structure/algorithm/multi-threaded processing routine to meet the behavior and performance requirements.” (Low-code vs. model-driven: are they the same?, Hacker News)

Given the many use cases for low-code, it’s all about identifying the ones that offer the most business value and save time on engineering.

Internal tools: the ideal use case for low code solutions

Developers are spending more than 30% of their time building internal applications, according to findings from The State of Internal Tools Report 2021. This number jumps to 45% for companies with 5000+ employees.

COVID exacerbated things: over 87% of developers surveyed found themselves either increasing or maintaining the amount of time spent on internal apps during the pandemic (The State of Internal Tools Report 2021).

And there is a good reason for it: in companies with more than ten employees, 1 in 3 employees use internal apps built by a developer (The State of Internal Tools Report 2021). But engineering teams can’t, or at least shouldn’t, prioritize building internal tools overbuilding their product. 55% of developers struggle to find the time for internal apps (The State of Internal Tools Report 2021), often forcing businesses to find a workaround. This can result in a drop in productivity, an emergency of hard-to-wrangle shadow IT, or both.

Low-code gives developers the flexibility of building something home-grown without high setup and infrastructure costs. They can build internal solutions faster and even enable non-developer team members to iterate on what developers have initially built. 80% of organizations say citizen developers have given the IT department more breathing room.

38% of developers surveyed in the State of Internal Tools Report 2021 currently use low-code or no-code, and 88% of those who built internal apps using low- or no-code have decided to keep building this way in the future.

Other use cases for low-code

Low-code can help businesses with a range of things, from landing page design to full-on app development.

1. UI Design: Building solid user interfaces with drag-and-drop components is useful for backend developers who want great dashboards but are not familiar with the intricacies of front-end code and UX best practices.

2. Build prototypes: For any type of MVP development, where building faster and getting feedback earlier is key, low-code is ideal considering the low cost of investment and speed of making changes.

3. Utility: Low-code is also great for building public-facing apps that don’t need to look overly polished but accomplish a core function effectively. But here, it’s key to be aware of customization limits.

Low code will add, not destroy

Low-code can enable developers to reclaim their time, focus on complex problems, and empower their non-technical coworkers with a self-service model, and there is a school of thought suggesting that low-code is the future…or shall we say, the only future of software. For the moment, a more moderate claim is appropriate: low-code is playing an important part in transforming the industry, and its future is looking bright for developers and the business alike.

Chris Smith is a developer evangelist at Retool, where he helps developers to rapidly code internal tools. He is a hacker at heart ever since learning QBASIC in middle school and is passionate about the power that learning to code brings to an individual. He’s worked for 6+ years in the world of low-code tools to empower developers to do more in less time. He’s passionate about visual abstractions and ways of quickly conveying and understanding complexity. Prior to Retool, Chris worked at Tray.io, JunoVR, Segment, and National Instruments.